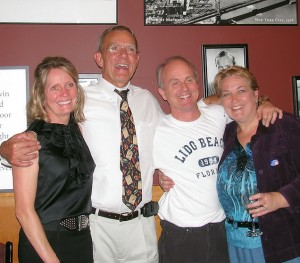 Change. Voters wanted it. Voters made it happen. The 2010 Mid-Term Elections brought sweeping change to the U.S. House. Illinois has a new U.S. Senator, the 14th District has a new representative and the 16th Judicial has a new judge. DeKalb County has a new County Clerk and a new State’s Attorney. Four challengers won seats on the DeKalb County Board and the Republicans have regained a 13 to 11 seat majority. Kishwaukee College will change with full voter approval for expansion of its campus.

DeKalb County States Attorney-elect Clay Campbell fully represented the word “change.” He was identified as an “attorney for the people” because of his active opposition to the proposed expansion of the landfill. He spoke up for more accountability when controversy erupted over publicly funded downtown renovation contracts with then DeKalb 3rd ward alderman, Vic Wogen. He publicly opposed the Courthouse expansion plans.

His opponent, Sarah Gallagher-Chami had name recognition at a time when voters were most angry with tradition. Her father, Judge Jordan Gallagher, is one of the most respected judges in northern Illinois and will remain so as an associate judge. But newly elected Judge Thomas Doherty’s energetic campaign was embraced as change. 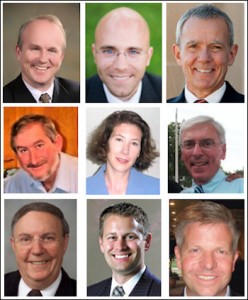 The Mega-Dump issue was a factor in the DeKalb County Board races.

Landfill expansion supporters Michael Haines (Dist 2) and Steve Walt (Dist 6) lost their seats on the county board. Julia Fauci retained her seat but received the lowest percentage of votes (57%) of any Democrat in the heavily Democratic District 9 going back to the 2002 elections. Undervotes in the uncontested races were higher than in previous elections for incumbents who voted in favor of the proposed expansion. John Hulseberg-D (Dist 4 – 1844 total votes, 598 undervotes), Sally De Fauw (Dist 7 638 total votes,  202 undervotes)  Marlene Allen (Dist 12, 1,741 total votes,  431 undervotes) each ran unopposed. An undervote occurs when no selection is made for a single choice contest.

Election 2010 was all about change. Congratulations to all the winners and the new Beacons of Change. Take a day to recuperate from your exhausting campaigns. And then produce.

I disagree with Steve's assessment. Campbell won because he used his feet. He shook hands, he showed up everywhere, he met with anybody who wanted to and he left the comfort zone of the local GOP to do these things.

Local voter anger isn't just about the economy, it's more specifically about local taxation, which resonates with anyone who pays property taxes.

Another reason that resonates with a small but passionate minority is the fact that Campbell doesn't pretend corruption isn't a local problem (and tied to the taxation problem). We've yet to see if he will really perform in this area, but even from my skeptical viewpoint his lack of denial has been refreshing.

Campbell was finally successful after several tries not because of anything he did but because of the voter anger over the economy. You would think he would have campaigned on the issues of State's Attorneys Office. Instead, he sounded like he was running for the county board. Tom Doherty is a likeable fellow but he was judged unqualified for Circuit Judge by the bar. Maybe someday we finally will get reform in the process of selecting judges and take politics out of it.