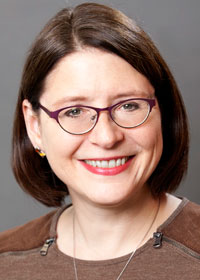 An executive with the Chicago Council on Global Affairs will speak at Northern Illinois University later this month to celebrate the creation of the School of Public and Global Affairs.

Michele Wucker, vice president of studies at the Chicago Council on Global Affairs, will present “Belonging to Global Chicago: Reflections on Being a Citizen of the City and the World,” during a free program from 9:30 to 11 a.m. Wednesday, April 22, in Room 308 of Davis Hall.

The presentation will encourage NIU students, faculty and staff to consider themselves members of Global Chicago to take advantage of the globally connected cultural, political and economic opportunities that Chicago offers to everyone in the metropolitan region.

Wucker’s new book, “The Gray Rhino: Why We Keep Missing the Most Obvious Threats – and How We Can Get Out of their Way,” will be published in 2016 by St Martin’s Press. She also is the author of “LOCKOUT: Why America Keeps Getting Immigration Wrong When Our Prosperity Depends on Getting It Right,” a Washington Post Book World “Best Nonfiction of 2006” selection and “Why the Cocks Fight: Dominicans, Haitians and the Struggle for Hispaniola.”

A native Midwesterner, she was named a Young Global Leader of the World Economic Forum in 2009. She also has received a Guggenheim Fellowship for her work on changing global views of citizenship and has been a source for major US and international media including the New York Times, the Boston Globe, Reuters, CNN, CNBC, Fox News, MSNBC and National Public Radio. 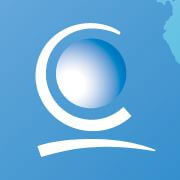 She previously was president of the World Policy Institute in New York City. She is a graduate of Rice University and of Columbia University’s School of International and Public Affairs, where she was an adjunct associate professor before joining the Chicago Council on Global Affairs last September.

NIU’s School of Public and Global Affairs focuses on the interdisciplinary nature of governance issues with an emphasis on public, private and nonprofit collaborative relationships that seek to improve communities and individuals in the United States and around the world.

The school includes the departments of Economics, Political Science and Public Administration and the Center for Non-Governmental Organization Leadership and Development and supports the degrees, minors and certificates offered by member units.