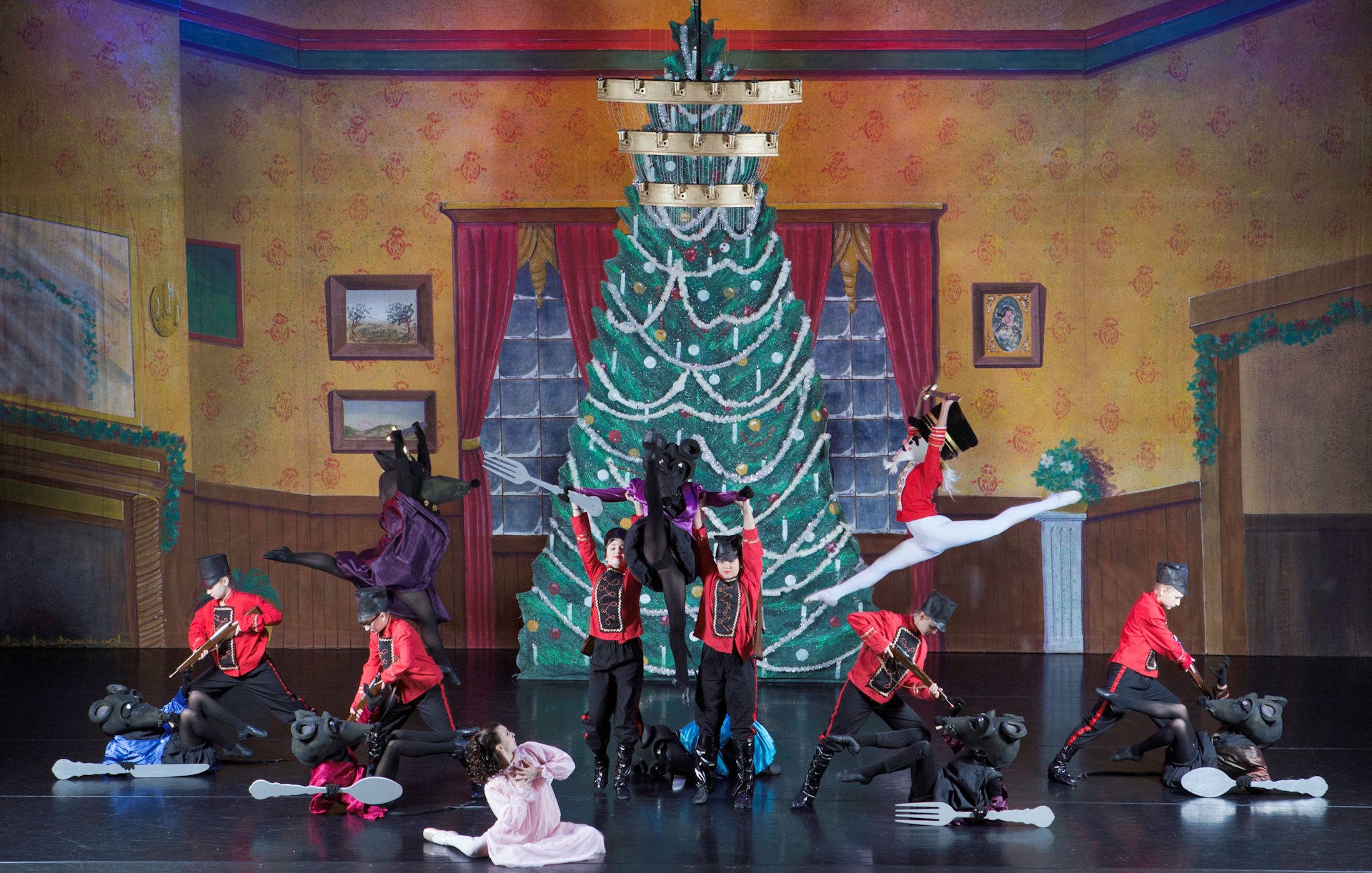 Last year, for the 25 th Anniversary celebration, the adventure became even more magical, thanks to the addition of new props, scenery and special effects, including “snow” falling on select seating within the auditorium. And all of those have returned again this year. In addition to the classic story and music, and the Beth Fowler choreography and stagecraft, a key part of this outstanding local holiday tradition is the ascent of these local dancers through the Beth Fowler program and into the iconic headlining roles.

Becky Baert, 18, of Genoa, exemplifies that progression. Dancing at the Beth Fowler School of Dance since she was 5 years old, Baert has danced an array of parts in “The Nutcracker” in the past 13 years, including the lead role of Clara in 2017. But as a senior at Genoa-Kingston High School, Baert is entering her final “Nutcracker” performance with the biggest challenge of her dancing career, the role of the Sugar Plum Fairy. In that role, Baert will dance the iconic solo and partner dances to close out the show. “I started tearing up a little,” said Baert, in describing her reaction to receiving the intricate and exacting part. “It was so exciting, and a little scary at the same time.”

Baert will partner with dancer Micah Moch, who will dance the part of the Nutcracker Prince/Cavalier. Moch, of Los Angeles, is a former Northern Illinois University student who has performed on stages and screens around the world, dancing works by legendary choreographers and in high-profile feature films, television shows, music videos and commercials. With 17 years of dance training and professional experience, Moch was selected by Dance Magazine as 25 dancers to watch worldwide.

While Baert said dancing as Clara will remain a highlight of her time at BFSD, she said the part of the Sugar Plum Fairy has challenged her in new ways, including the opportunity to work with Moch.

“There’s so much more dancing to it,” Baert said. For three other members of the Beth Fowler Company, this also will mark their final bow in a Beth Fowler “Nutcracker.”

Anne Fritsch, 17, of West Chicago, and a senior at St. Charles East High School, will dance the role of the Snow Queen. Dressed in a dazzling white and shimmering tutu, the Snow Queen closes the first act of the show, partnering with the Snow King in a hypnotizing routine with her corps of Snowflakes, setting the stage for Clara to journey on a magical sleigh into the Land of Sweets in Act 2.

“I couldn’t believe it, getting this part,” said Fritsch. “It’s such a beautiful dance; I’ve always been amazed by it.” Fritsch has danced with BFSD for the past eight years. In 2018, she danced the role of the Angel Fairy.

“To get to dance this role, in my final ‘Nutcracker,’ it’s really wonderful,” said Fritsch. Lydia Jacobson, 17, of DeKalb, and a senior at DeKalb High School, will dance the part of The Christmas Fairy. After performing as the Rat King in 2018, Jacobson said she is excited to take on another key role and showcase her ballet ability. Jacobson has danced with BFSD since she was seven years old. “I’m looking forward to being able to show how far I’ve come,” she said. “This role has real beauty and grace to it. “And I get to open the show!”

Kaitlynn Rollo also will dance in her final “Nutcracker” with the Beth Fowler Dance Company before she graduates from St. Charles North High School.

Rollo, 17, of South Elgin, will dance the part of the Rose Queen, who presides over the showstopping Waltz of the Flowers. Rollo, who has danced since she was two years old, said she has dreamed of playing the part. Last year, she danced the part of the Christmas Fairy.

“The choreography is so elegant and graceful,” said Rollo. “When I found out that I got the part of Rose Queen, I was so happy and surprised, I started to tear up a little. This has always been my dream role ever since I started at BFSD. “It is such a beautiful solo, and I love the song!”

Along with the graduating seniors, dancer Abby Lewis will lead the cast, as Clara. Lewis, 16, of St. Charles, has danced with BFDC Artistic Director Beth Fowler – known to her students as “Ms. Beth” – for the past nine years.

In previous productions of “The Nutcracker,” Lewis had danced the parts of the Chinese and Spanish soloists, among others. Lewis said she has dreamed of playing Clara since she participated in her first BFSD “Nutcracker” production at the age of seven years old.

“I said at the time, ‘That’s going to be me,’” said Lewis. “And this year, when I saw the cast list, seven-year-old me was just freaking out on the inside. “To be able to bring this story to life, as Clara? It’s just so special.” Brady McCue, of St. Charles, will dance the role of Fritz. BFDC dancer Jacob Bliujus, of Sycamore, will partner with Fritsch, dancing the part of the Snow King.

BFDC alumnus and current staff instructor Brooke Fowler will dance the role of the Arabian Queen, accompanied by guest artist Nathan Johnson, as the Arabian King. Johnson has also danced with the Beth Fowler Company since he was a young child. Herr Drosselmeyer, Clara’s toymaker godfather, will be portrayed by Phil Masterton of Rockford.

Other members of the large, local cast include company soloists in various roles and students from the Beth Fowler School of Dance in children’s roles. Choreography is by Beth Fowler, assisted by Brooke Fowler. Original choreography in the grand pas de deux is by Lev Ivanos.

Reserve tickets can be purchased in advance, and each child’s ticket includes a meet-and-greet photo opportunity with the Sugar Plum Fairy and other performers. To purchase tickets, visit www.BethFowlerDanceCompany.com or www.EgyptianTheatre.com. Tickets also may be purchased at the door beginning one hour before each performance.