The future of DeKalb Taylor Municipal Airport was the topic of the DeKalb County Economic Development Corporation (DCEDC) quarterly luncheon at Faranda’s Banquet Center in DeKalb. The focus of this business roundtable was to see the concepts for charting a new course for the DeKalb airport. The event was hosted by DCEDC and featured DeKalb City manager Bill Nicklas as the host and moderator for the program. 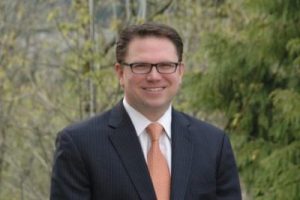 The Keynote Speaker was Jack Penning, Managing Partner for Volaire Aviation. Mr. Penning has spent the last 15 years as a consultant working with airport clients throughout North America on air service development projects, strategic business planning, and marketing initiatives. His presentation gave insight about the strategic planning, marketing and the future plans for the DeKalb Taylor Municipal airport, which is a tremendous asset to DeKalb County, Illinois.
According to Mr. Penning the DeKalb Airport has approximately 80 employees (direct or in supporting roles) with a financial impact of almost 11 million dollars. The DeKalb Airport has the third-largest runway of private airports in the Northern Illinois region. Because of their size, the DeKalb runways can handle larger planes. (On Tuesday evening, the Ball State University Basketball team flew into the Taylor Airport.)
What really makes the DeKalb Airport attractive to pilots is that the airport offers one of the lowest prices for jet fuel in the Midwest, making it extremely affordable for pilots to use DeKalb as a stopover. The development of future airport perks is in the planning.
This vision of the DeKalb Airport Board is to make Taylor Airport more important as a destination. Many ideas have been exchanged, including creating a solar pad that will provide electricity to both the airport and other DeKalb locations.
DCEDC Executive Director, Paul Borek, feels the area both at the airport and nearby is able to accommodate additional growth. Although Federal and State agencies have given the airport over 38 million dollars (between 2000 to 2018) for development and expansion, there is so much more available for future growth.
The audience at this event was a collection of who’s who of DeKalb business and civic leaders.  Acknowledgement of Airport Board members and staff, including Airport Manager Tom Cleveland, received a round of applause from the attendees. The only thing missing from this event was a rendition of Frank Sinatra’s, “Come Fly With Me.”
Previous
Next

Definitely an asset, but it is important to identify the clientele intended to attract, then define the destination.