The DeKalb County Board agenda this week is filled with discussions about farms—wind farms and solar farms. 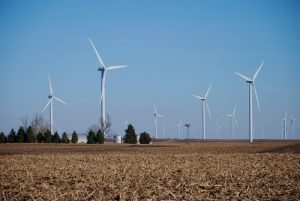 On Monday, there were two separate public hearings at the Egyptian Theatre in DeKalb to discuss the County’s wind turbine ordinance. The ordinance, which is still being reviewed, will place many restrictions on wind turbine developments in DeKalb County. (There is currently a moratorium on new wind farm developments until this ordinance is passed.)

The biggest issue concerns distances between wind turbines and other properties, roadways, municipalities, and forest preserves. Those who favor the development of wind farms argue that these restrictions will make it too prohibitive for energy developers.

Now that the last public wind turbine hearings are concluded, Board President Mark Pietrowski said that the goal is to have an ordinance approved before November, when board members are up for election.

If you want to see details about all of these proposed projects, including their exact locations, here is a link to the 153-page report:
http://dekalbcounty.org/CommunityDevelopment/pdfs/pzmaterial-sep18.pdf

Then on Thursday, September 27, there will be two public hearings at 1:00 and 1:30 p.m. in Sycamore in the Conference Room East of the Administration Building, 110 E. Sycamore Street. These hearings will be about solar gardens proposed by Sunvest Solar, Inc. at Pearl Street, approximately 2000 feet south of Wolf Road, in Kirkland, and at the southeast corner of State Route 72 and Pleasant Hill Road in Kingston. 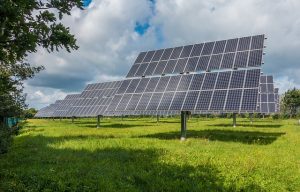 Guy Stephens of Northern Public Radio recently posted a detailed article about why all of these solar projects are being proposed now. In summary, the Future Energy Jobs Act of 2016 allows the Illinois Power Agency (IPA) to promote “green” energy projects through “renewable energy credits,” and also through a program called “Community Solar.”

Solar energy companies are now signing agreements with property owners across the state and going through regulatory agencies in order to begin building large solar farms and smaller solar gardens. Advocates of the Solar Garden program say that this could “democratize solar power” and make electricity cheaper and more reliable.

What are your thoughts and/or concerns about these developments?