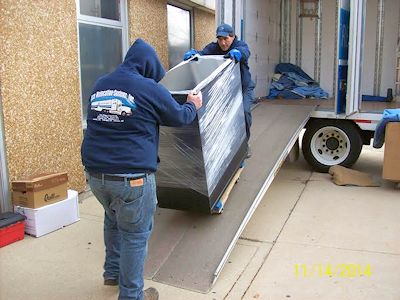 The City of DeKalb has relocated several of its divisions to improve customer service and increase efficiency, officials announced Friday.

DeKalb’s Building, Engineering, Transportation and IT divisions were relocated to the Municipal Building (City Hall), 200. S. Fourth Street, on Friday, November 14. Each division will be open for full service on Monday, November 17.

“This move will provide citizens and business owners with a ‘one-stop shop,’” said City Manager Anne Marie Gaura. “Our goal to serve the public better, and housing City Hall-type functions in one building is an important step.”

The Building, Engineering, Transportation and IT divisions were previously housed together in the City Hall Annex, 223 S. Fourth Street.

“For the first time in two decades, all City Hall employees are under one roof,” said Mayor John Rey. “It is going to be more convenient for citizens, contractors and developers, who can have all their questions answered in one place.”

This change was made possible by the relocation of the Police Department, which moved from the City Hall into its new location on West Lincoln Highway last year.

The City is planning an open house for the community to visit the updated space at City Hall in the near future. The date and time of this event will be announced when plans are finalized.

Departmental hours will be largely unchanged, with the Building Division maintaining its 7:30 a.m. – 4 p.m. schedule Tuesday-Friday to accommodate contractor schedules. On Mondays, however, the Building Division will adhere to the regular City Hall schedule of 8:30 a.m. – 5 p.m. The later opening time is in place because the City hosts municipal court on Monday mornings and requires additional security measures at the building entrance.