DeKalb County State’s Attorney, Rick Amato, has written another letter to DeKalb Mayor Jerry Smith expressing concerns about the way the City Council is addressing the accusations of TIF fund irregularities over the years.

While acknowledging some progress in the City Council’s discussion of the issues brought up in his first letter during their November 26th meeting, Amato and his office were not satisfied with the proposed actions by the City’s governing body.

In his second letter to Mayor Smith within the last month, Amato brought up several concerns:

In his response, Mayor Smith acknowledged that the City has been “overly reliant on use of TIF to cover administrative expenses,” and that “the City’s past actions…failed to meet current expectations of the Council, the public, and our partner tax districts.”

This issue is very similar to what we’ve seen with the State of Illinois government and their continued raids of state pension funds to cover their budget deficits. Likewise, it appears that the City of DeKalb has consistently used the TIF funds, that are supposed to be used for development of blighted areas, in order to cover their own administrative shortfalls. To make matters worse, the (former) Interim City Manager, Molly Talkington, was recently caught trying to move $250,000 from the City’s pension fund to their general fund in order to balance the City’s 2019 budget. 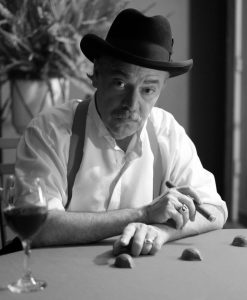 This is the same sort of shell-game financial “management” that has gotten the State of Illinois and the City of DeKalb into this mess in the first place, and it needs to stop. Kicking the can down the road by shifting money from one fund to another and not addressing the real budget shortfalls has always been bad governance, but it became more apparent after the 2008 recession.

Our government officials now need to bite the bullet and make the tough decisions that we pay them to make—including opening up the books and exposing what’s been done in the past. The public has the right to know everything and it will help us decide what actions to call for and how to vote going forward. The government officials need to stop covering for people and protecting their own private interests, and begin truly representing the best interests of the taxpayers in these very important matters.

To view pages 2-4 of the following document, mouse over the document and then used the arrows to scroll down:

Thatâs ridiculous, to oppose an outside firm to audit their spending from past years would expose how they are misusing the money thatâs why they donât want it done, as a taxpayer I think they should get rid of all the people that are in the committee. Have people determine where the money goes…. education, keep Dekalb safe and maybe fix the roads. Good grief!

Itâs the buddy, buddy system as to who gets the money.

Yes, it seems to be more acceptable to benefit from the government if you’re already rich

Peg McMaster everyone in DeKalb should be watching this

Matt Keys as long as itâs on Dekalb county online Iâll be following! Too poor for daily chronicles stories.

I think it’s important that more people follow how government is spending our money and hold them accountable. It’s easy to not pay attention when all the bills are getting paid, but then when a recession hits or revenue goes down for some reason that money is just gone and no one takes responsibility.

Sometimes the people who are always critical of government can get annoying, but I think they’re also necessary. It’s never a bad thing for government officials to know that their actions are being scrutinized. They are public servants, after all, and need to be reminded of that from time to time

Rick Amato is a great attorney and I trust his direction on this.

Matt Keys I agree. And we can watch thru Dekalb County Online. They know what they are doing and I trust them. Good reporting.