Willy Adkins is a filmmaker located in Dekalb, IL who produces film festivals, art and con style events. He is the President and CEO of Breaking Fate Entertainment, formerly known as “Spook Show Entertainment.” IMDB calls Adkins the 8th most famous person born in Dekalb, IL. 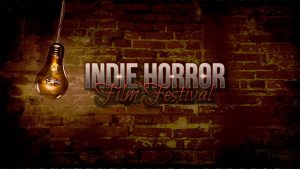 Saturday, July 13, he will be producing the Indie Horror Film Festival at the Red Roof Inn DeKalb, 1212 W. Lincoln Hwy. He has created a discount code DEKALB2019INDIE to get tickets for only $10 on the event website: indiehorrorfest.com.

Adkins is also currently looking for individuals who would like to get involved in planning committees for his events next year in Dekalb, IL.

This is a volunteer opportunity, but anyone who sees it through to the event will get a percentage of ticket sales. Adkins said, “No real experience necessary, only a desire to truly be involved and a no fear approach to helping execute ideas.” 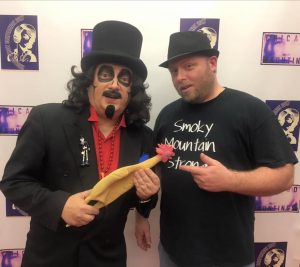 If interested, please send Willy a private message through his Facebook page (https://www.facebook.com/WillyAdkins). He is planning a small gathering for interested individuals in his studio in downtown Dekalb tomorrow afternoon (Sunday, July 7, 2019).

Adkins is also considering forming a DeKalb film club to watch and discuss films, produce films, host speakers and private screenings and more. If this is of interest to you, please let him know by messaging him on Facebook.