If you’re looking to make a trip into the City of Chicago, here are a couple new attractions to check out this summer. 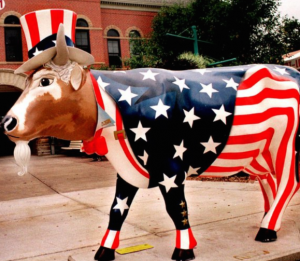 A herd of fiberglass cows is moo-turning to Chicago to mark the 20-year-anniversary of the display of brightly painted farm animal statues.

For the month of July, the city is commemorating the 1999 “Cows on Parade” exhibit with what it’s calling “Cows Come Home.” 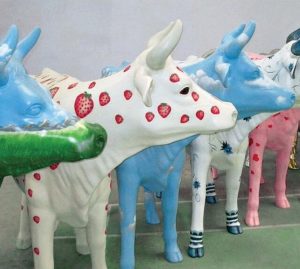 Some 20 cows will be on display. They include some of the original exhibit’s most popular cows, a colorful reminder of the original public art exhibit in which well over 300 fiberglass cows could be spotted downtown. The cows sported baseball caps, Hawaiian shirts, sunglasses, ladybug wings and more.

This popular display of brightly-painted faux bovines inspired other cities to line their streets with their own statues of everything from lobsters to pigs. Cincinnati had “Flying Pigs,” Northern Illinois University had “Huskies on Parade,” and soon DeKalb (IL) will have “Painted Pianos.” 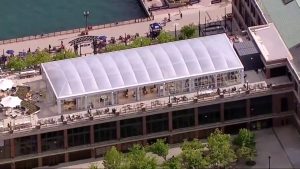 Chicago is now host to the biggest roof top deck bar in the world. In its opening ceremony on June 13, Offshore Rooftop Bar, the new massive third-floor restaurant and bar at Navy Pier was acknowledged by Guinness World Records as getting the title. This space includes an 8,500 square-foot indoor area, a 60-foot bar that seats 100, and outdoor space for lawn games, seven fire pits, and seating for groups to drink and socialize.

Retractable glass walls seal off the entire space from the elements and can be opened to let in the summer breezes. It’s more bar than restaurant, but serves light snacks. The 36,000 total square-foot bar and lounge is located on the third floor of Navy Pier’s Festival Hall at 1000 E. Grand Avenue. Plus, the night view of Chicago is magnificent.

The N.I.C.E. Society in DeKalb organizes Chicago pub crawls. This new rooftop bar at Navy Pier will be one of the stops on future pub crawls. Check their Facebook Page for dates or contact them at (815) 756-1263.