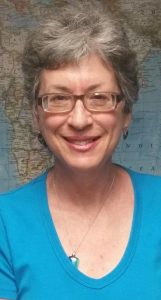 A cousin once told me that going to the movies was like traveling to different places without leaving home. To see how true this is, I invite you to the Egyptian Theatre in September and October.

Six stunning documentaries — all released in the last few years and none shown in DeKalb before — offer memorable views, perspectives, and film techniques. The Green Lens Environmental Film Series will be shown on Thursdays at 7 p.m. The films are free.

The series begins September 7 with Before the Flood, a 2016 film produced and narrated by Leonardo DiCaprio, who tours the world interviewing leaders and scientists about the effects of climate change. 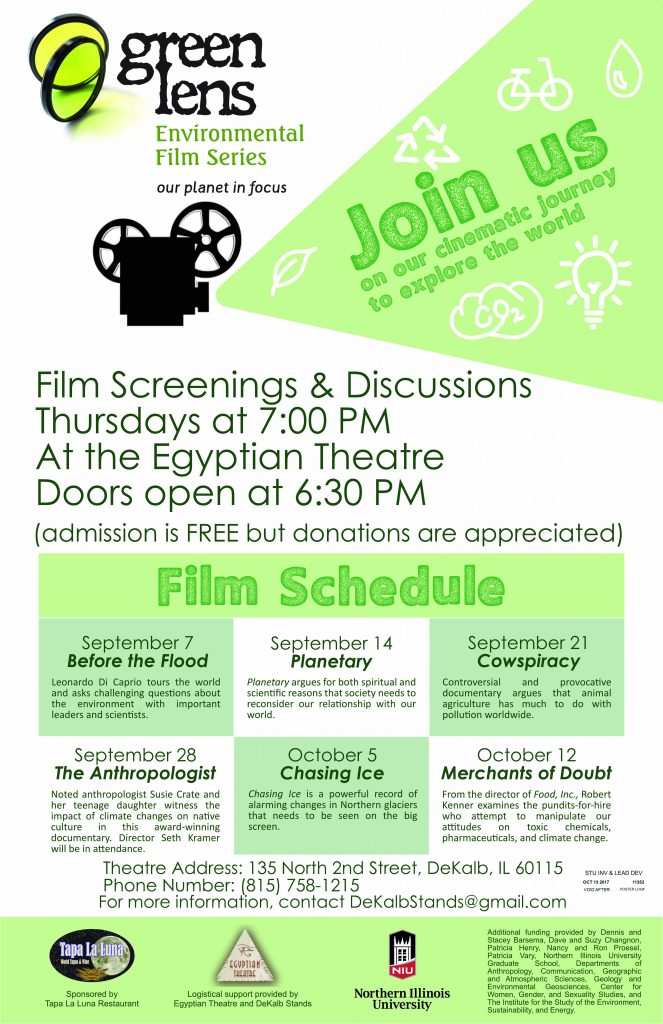 Other films view the planet from space, watch glaciers melt with time-lapse photography, examine animal agriculture, discuss pundits for hire, and look at the world through the eyes of an anthropologist and her daughter.

The film series is a collaboration between environmentalist Nancy Proesel of DeKalb, as well as NIU scientists Reed Scherer and Pat Vary, and NIU film scholar Jeff Chown. Support was provided by many individuals and NIU departments, the Egyptian Theatre, Tapa La Luna, and DeKalb Stands, an Indivisible group.

Audiences will be invited to stay after each film for a conversation with NIU faculty and, on September 28, with the film’s director.

It’s an exciting opportunity to see some great films on the big screen and learn more about our world.