FitWorkz owner, Ray Binkowski, announced Thursday, January 10, 2019 in a Facebook post that the gym would be closing its doors for good after 40 years in business.

“With a sad heart, I would like to announce that on February 15, 2019, FitWorkz will close its doors for the last time,” wrote Binkowksi. “We have had a quite wonderful run through the years, but it is time for me to move on and chase other dreams in my life.”

“Many of our friends and clients have lost pounds and inches,” wrote Binkowski. “Others have taken back control of their lives using exercise as a tool to get moving again doing the things they used to do. Some have pursued athletic and competitive endeavors and we were a stop along the way in their training. For me I was given the chance to meet, coach, and train some of the greatest people I have ever met in my life, and I am very grateful that opportunity. Thank you for the opportunities and the help in building the community known as FitWorkz.” 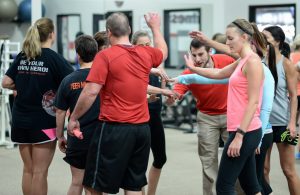 In response, current and former members expressed their sadness about FitWorkz closing, appreciation for how Binkowski and the other FitWorkz trainers have helped them, and support for whatever new endeavors are in Binkowski’s future. (Binkowski has not publicly revealed his future plans, yet.)

An overwhelming sentiment expressed was that FitWorkz was not just a gym; it was a community. Below are a sampling of some of the responses to the announcement.

“[A]ttending Fitworkz always was the highlight of my day,” wrote Ron Brovelli. “Just as important as the workouts were the social interactions with other members.”

Said Rachel Katzman, “Ray, you were the one who inspired me to get my first fitness certification back in 2007 and coached me through my first bodybuilding competition.”

“I am heartbroken,” wrote Kelly Buhk, “I have been a member since February 1996. I go to Fitworkz on average 5-6 days a week with most all of the members like family to me. I am not sure what we are all going to do without this place I and so many think of as a second home.” 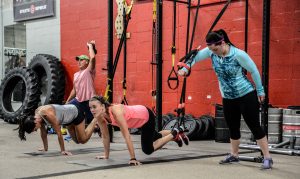 Though Binkowski has only owned the FitWorkz gym since 2007, the business has existed and grown for 40 years in the DeKalb community through five locations and four different names.

The Nautilus Gym first opened across from the NIU campus on Lincoln Highway in 1978. At that time, the NIU Rec Center hadn’t even been built. Within a relatively short time, Paul Wright bought the Nautilus gym and moved it to the Junction Center, where he also began Bodyworks for women only. Then the Nautilus club and Bodyworks moved to South Fourth Street, across from the DeKalb City Hall, and the name was changed to Fourth Street Fitness. In the mid-1990s, Wright moved the facility to Sycamore into the shopping plaza where Hy-Vee is now. With the move and expansion came another name change: The Wright Athletic Club.

Ray Binkowski bought The Wright Athletic Club in 2007, moved the gym to its current location at 1690 Sycamore Road in DeKalb, and changed the name to FitWorkz. The expanded fitness center added Athletic Republic sports performance training, tanning, massage, and a Pilates Studio. They also became the largest 24-hour fitness club in DeKalb County. 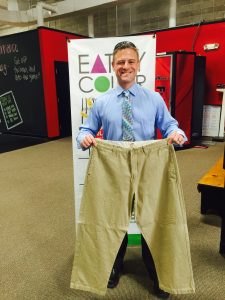 Binkowski, a former mechanical engineer, got into weight training and eventually bodybuilding while a student at NIU in the 1990s. After working in the engineering field for a while he started a fitness training business in 2001, training people at night and on weekends in his free time, and writing for fitness magazines.

In addition to running the FitWorkz gym, Binkowski has appeared on numerous TV shows, radio shows and podcasts to promote fitness and healthy eating. He has authored three books, Eat By Color, Exercise Galore: The Beginner’s Guide To Weight Training and Get Fit and Live Healthy: A Collection of Keys To Your Success From a Gym Owner and Trainor.

Binkowski also sponsors two local bodybuilding competitions at the Egyptian Theatre each year: OCB Midwest States in November and OCB Spring Naturals in April. According to FitWorkz, Binkowski will continue to promote those shows.