Fuel Prices Down…Why? Thanks in Part to Fracking 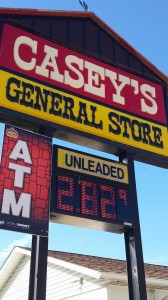 Although the Quinn administration has not yet taken action to implement hydraulic fracturing for crude oil within Illinois, Illinois motorists are benefiting indirectly from the fracking boom happening in other states. The current motor fuel price dropped down toward $3.00/gallon.

More than 2 million U.S. oil and gas wells outside of Illinois have utilized hydraulic-fracturing technology, leading to new nationwide production of more than 4 million barrels of oil per day. Fracking is responsible for allowing oil companies to unlock large reserves of oil and natural gas that were previously inaccessible. This technological advancement has led to a U.S. oil boom and has helped to lower gas prices in Illinois.

Meanwhile in Illinois, negotiations continue on new rules that the Illinois Department of Natural Resources will use to regulate future fracking in Illinois. The General Assembly’s Joint Committee on Administrative Rules (JCAR) met on Tuesday, October 14 in Chicago and learned that progress on finalizing these rules is being made. The Committee will meet again on November 6 in Chicago, and its members express hope that the rules will be final by that date. JCAR is a twelve-member bipartisan legislative panel that oversees the administrative rulemaking activity of the State.

Story From State Rep. Joe Sosnowski’s office: As always, if you have any questions or comments about the topics discussed in this newsletter, or any other part of state government, please do not hesitate to contact my office at (815) 547-3436 or by email at sosnowski@ilhousegop.org.