But there are other types of haunted locales in DeKalb County—ones that many people swear are home to real spirits from beyond the grave. In fact, if you believe the paranormal enthusiasts, Northern Illinois seems to have more than its fair share of haunted places, as well as an abundance of ghost societies.

Whether or not there is more ghostly activity in the area, there definitely seems to be lots of paranormal organizations in Northern Illinois. Several of them operate right here in DeKalb County: Ghost Head Soup (DeKalb), Midwest Ghost Society (Hinckley), and the DeKalb County Ghost Society (DeKalb).

According to local ghost hunters, these are some of the most-haunted places in DeKalb County: 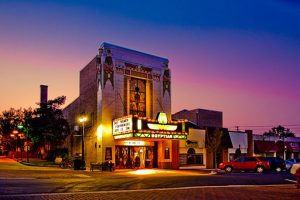 According to the Egypian Theatre website, the theater is haunted by the ghost of Irv Kummerfeldt, a former NIU professor and co-founder of the Egyptian Theatre Preservation organization (P.E.T.). Kummerfeldt died at the top of Aisle One in the  Egyptian Theatre auditorium in 1988.

Over the years, theater patrons have reported briefly seeing a man fitting Kummerfeldt’s description, before he suddenly disappears. Theater employees have also reported weird occurrences, such as footsteps walking across the empty stage or objects moving on their own.

The Egyptian Theatre has authorized paranormal investigations and posted evidence collected on its website. 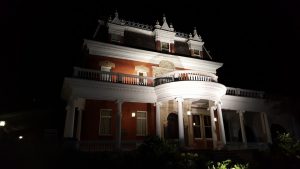 Supposedly, the ghost of Ann Ellwood haunts the home where she once lived. She has been spotted on the grounds in a long Victorian-style dress.

Ghost hunter, Dan Norvell, said that he has heard lots of stories about the Ellwood House being haunted, but it doesn’t look like anyone will be doing an investigation of the mansion any time soon.

There have also been rumors of the Nehring-Ellwood House on the same property being haunted. That could be in part because of a 2014 article in the Northern Star, where Shirley Hamilton Nehring, who donated her home to the Ellwood House Association, said the house has “an aura,” and that “[her] ghost will be happy haunting that house.” Nehring passed away in 2017 in Oconomowoc, Wisconsin. 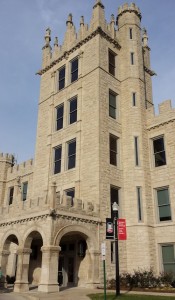 You would expect that a large, over 100-year-old, castle-like building would have some rumors of ghosts. Surprisingly, the only ghost story that has persisted about Altgeld Hall on NIU’s campus was concocted by a couple of editors of the NIU newspaper in the 1940’s.

The editors came across a tombstone on campus with the name “John McGovern,” and came up with the story about a spirit who was around in the 1890’s and helped NIU’s first President, John Williston Cook, select the site of Altgeld Hall. Since then, McGovern, nicknamed “Mr. NIU Alumnus,” has been blamed for various accidents and mishaps around campus and even ghost-wrote a column for the 1968 football program. 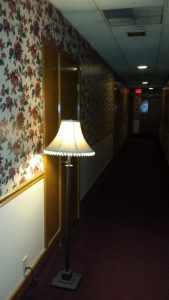 Mark Dorsett, a “medium, psychic, and intuitive adviser,” saw a woman in a floral-patterned dress and ruffled collar looking at him at Sunday brunch at the Fargo Hotel around 2012. He felt that the woman, whom he said was named Mary, was a long-dead employee of the historic hotel. Employees of the hotel had also reportedly experienced unexplained noises or lights going out. Dorsett later led a ghost-hunting tour of the hotel to search for paranormal evidence.

The Fargo Hotel was originally built around the Reuben Ellwood mansion at State and Sycamore Street in Downtown Sycamore, IL. The building has since been converted to luxury apartments. There is no word on whether the new residents have spotted any ghosts on the premises since the renovations.

Chris Roe, Director of the Sandwich Opera House, reported problems with flickering lights and lights being turned on in locked rooms. People also experienced random drops in temperature and feeling “an aura” in the building over the years. 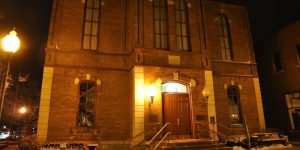 One possible explanation for the haunting is that the funeral of former Sandwich Mayor, Julius M. Hummel, had been held at the Opera House in 1930. Hummel had commissioned the building of the Opera House, which was completed in 1878.

During a private investigation of the theater by the Midwest Ghost Society, the haunt hunters claimed to have recorded voices that they could not explain. If you are interested in being a part of their next exploration of the Sandwich Opera House, the Midwest Ghost Society will be leading two more paranormal investigations on October 19 and October 20, 2018. Tickets are $35 per person.

You know with a name like “Bloods Point Road,” it has to be haunted. The 5-mile road that runs through part of rural Kirkland, IL between Pearl Street and Fairdale Road, was actually named after Arthur Blood, an early settler to Flora Township. Local lore gives the stretch  of road a reputation as one of the most haunted sites in the area. 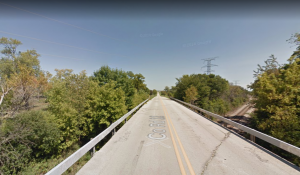 The most-popular ghost story involves the Bloods Point bridge that crosses over the railroad tracks near Irene Road. Legend has it that a bus full of school children drove off the bridge and crashed onto the tracks below, killing everyone on board. (No historical evidence has been found to corroborate this tragic tale, however.)

Supposedly, on quiet nights you can hear the screams of ghostly children near the bridge. There is also a belief that if you put your car in neutral, the child apparitions will push your vehicle over the bridge, or if you scatter powder on the hood of your car the children will leave behind hand prints.

There are also stories of people meeting their demise by hanging from the Blood Points bridge, and some of those tales may actually be rooted in fact.

If that weren’t enough, Bloods Point Road even has a creepy haunted cemetery and a tale of a local witch named “Beulah” whose rotting corpse confronts travelers.

Do you know of other ghost tales and haunted places in DeKalb County? Please comment below.

There’s no mention of the old Sycamore hospital & former Elks Lodge on Somonauk in Sycamore across from Shawn’s bagels. That place is verifiably certifiably haunted. Just ask anyone who has worked in any of those offices after 9 PM.

I know people who currently work there. I can talk to them and do a follow up.

Kelsey Ann I’ll go with you 🙂

Brittany Watne Iâd have a heart attack, especially going anywhere near that cemetery

Justin Cristallo can confirm how freaked out I get anytime we cross over bloods point on Irene rd.

Kelsey Ann I haven’t been that way I don’t think. But I sent you a video I found on it ð