On Thursday, October 6th, 2016 at 10:29 pm, the DeKalb Police Department responded to a multi-unit apartment complex at 810 Kimberly Drive regarding a person being shot. Several 911 calls were received reporting a shooting in the parking lot of the apartment complex. DeKalb and Northern Illinois University Police responded to the scene within seconds and located a male victim in the parking lot, on the ground adjacent to a vehicle who had suffered what appeared to be one or more gunshot wounds.

Police immediately began emergency first aid in an effort to save the victim’s life, DeKalb Fire/EMS responded to the scene and transported the victim to Kishwaukee Health Systems Hospital where a short time later he would succumb to his injuries. The victim has been identified as Debrece G. Shields, a 25 year old African-American male, who was associated with addresses in DeKalb and Chicago.

During the on scene investigation, witnesses provided information that described a light colored SUV that had fled the scene. Within minutes of the shooting being reported to police, a DeKalb County Sheriff’s Deputy came upon a parked vehicle with four subjects near Peace and Freed Roads in Sycamore that matched the description. As the Deputy was investigating, two of the subjects fled on foot, two were detained by police, and two handguns were recovered. DeKalb County Sheriff’s Police, Sycamore Police, Genoa Police and several other police agencies established a perimeter around the area and initiated a search for the two subjects that had fled. At present the subjects that fled on foot remain at large, these subjects are believed to be witnesses, and are persons of interest.

The DeKalb County Major Case Squad was activated to conduct the investigation. A series of investigative initiatives led to the arrest of David T. Walls, an 18 year old male, and Nico L. Griggs, a 27 year old male. This crime does not appear to be a random act and remains under investigation. 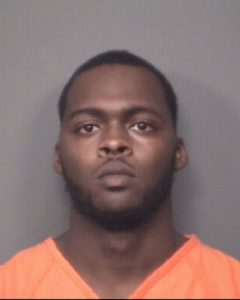 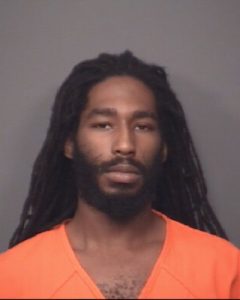 They will be present in the DeKalb County Courthouse for a bond hearing on Sunday 10/9/16.

Another chance for ignorant white people to bash the BLM movement because they’re ignorant and don’t understand poverty.

That might not be case in DeKalb about not understanding poverty. Many here live it. 60% of our K-12 students live in impoverished households and that includes all races. Intolerance and the ignorance it breeds spreads across this nation and throughout the world. DeKalb is a melting pot. Those of us who live here need to work together to make it better.

Coming from a gangsta wanna be. Go back to school kid. Thug life isn’t glamorous.

Excuse me? I’m in school. Because I’m wearing a hoodie I’m a “gangsta wanna be?” Grow up!

James can you please explain the correlation between poverty, gun violence, and murder?
Especially on a university campus. Are you saying its okay to have black on black crimes because they’re poor?

No he’s saying he’s a dumbass and has no clue blm dont matter to black people unless a white person kills them. they kill each other more than any race in this country fact blm is a racially motivated group. ALL LIVES MATTER is a better term but that doesnt fit there agenda stop watching fox news kid.

The gun violence and murder is a symptom of poverty and is not something race related. Take Rockford for example, a city where 29% live below the poverty line. Here when we look at crime there’s not a clear racial bias. What we should be doing is help those in poverty with the only thing that does help, and that’s education. Not just educating them but ourselves on what poverty is like and why it sucks so many people in. Lastly the BLM is not just about preventing the deaths of unarmed black men and women by the hands of the police, but also the marginalised black trans community as well as a call for the end on black on black crime. So it is racially motivated because in a society that is still racially biased we need groups like the Black Lives Matter movement.

There one thing you forgot mr. Fact man the black population is less. so per capita a big difference.nice try though

You’re right because white people are a. Less likely to be born into poverty b. Not subject to individual and systematic racial bias and c. Have greater social mobility due in part to not being subject to my first points.

You are very much delusional

Just the opposite, I know what I’m talking about. This is very basic sociology and science trumps opinion every time.

So much for BLM>

so much for MLM.

Obviously you don’t know what that movement even is.

Obviously its not about Blacks killing Blacks.

John…No its called section 8 and many of them and sent out here from inner chi,elgin,aurora, rockford…housing is available out this way…city officials need to put restrictions on many section 8 properties a landlord can have…

Dana, does Dekalb need to get a handle on who they allow here? Sure. Not all section 8 recipients are bad. It is more linked to Niu students bringing their friends out here. If you notice, most everyone arrested is from Chicago and the crimes are mostly over by campus.

Nancy..did I say ALL section 8 recipients are not good ppl…NO I didnt…this all started in the early -mid 80’s.. MANY cabrini green families were brought out here and hidden…yes hidden from tax payers and placed in University village ( certain mayor had a huge deal w daily)…80% of the section 8 housing is in and around NIU I can list 6 apt complexes all within 4 mile range from inside and around NIU

Let me add…BIG reason why MANY move out of dekalb, it has deteriorated over the last 20 yrs…lived there for over 40 yrs…

This is why I won’t send my three college age children to niu, my alma mater, and why enrollment is down. This happened a mile from those new dorms.

No its from gang bangers from chicago and surrounding areas that come out here on section 8 get put in housing because rent is guaranteed to the landlords they bring there crime drugs guns and ignorant asses. exploit our town and they happen by campus is because there are large housing complexs. That take section 8 and dumb college kids that they can sell there drugs to plus gangbanging in most parts of dekalb your law abiding neighbors wont stand for that shit.

Has it been stated somewhere that I missed while i was working today that they resided in DeKalb & didn’t just drive here last night to do the shooting?

Well, either way, they all need to keep that crap at home. Im sick of it, everyone is sick of it. Most everyone who is arrested here is not raised here. Get them out!

^^^exactly, many of them come here to visit friends and “party”

Craziness. I’m sure the other 2 are long gone by now.

Probably along with who ever killed those 2 in sycamore

You mean a while back?

Ya they didn’t catch them right?