With permission I’m sharing this exchange between former 3rd ward alderman Pam Verbic and the Mayor and city council. As this is commentary in lieu of attending the official public hearing we think it should be shared with the public and not filed away.

As is clearly obvious Mrs. Verbic does her homework independent of staff recommendations. That’s how it should be done. We hope the council members take this commentary to heart and look to alternatives than a substantial property tax levy increase made painfully higher by the DeKalb Public Library’s surprise request.

As a 3rd ward resident and voter I am grateful for her taking time away from family matters to participate as a past member of the council.

As the video above shows Pam Verbic came ready for work.

Unfortunately the Mayor’s response (see below Verbic’s email) is dismissive per usual. It seems any input contrary to his missives are treated as distractions and nothing else.

There is work needed to avert a substantial property tax levy increase now in front of the city council. Visit and join the Facebook group City Barbs for your review and input.

To review the FY2016 budget visit the lavishly expensive Kansas-built website for the City of DeKalb. 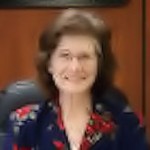 Due to the amount of time needed to take care of my aging parents, I am unable to attend the hearing on the tax levy, so I am submitting my comments to each of you for your consideration when determining the 2015 tax levy.

First of all, the proposed levy is certainly not the “most conservative approach” as represented in the staff memo. Obviously, the most conservative approach would be to not increase the levy over the prior year’s amount. This type of wording is used in the backup material for the same reason as the staff including the discussion of the school district’s portion of the tax bill. If anything, you may want to keep in mind that the school district is asking for a $1.2 million increase in property taxes, so we are not just looking at an increase by the City. Comparing DeKalb’s tax rate to other municipalities without complete information (population, EAV, median income or poverty level) is also not useful. These pieces of information are meant to detract from the fact that the staff and others are recommending an increase in property taxes that is inappropriate and premature for the following reasons:

1. Prior to the approval to construct a new police station, various councils discussed long and hard how to fund the project. Finally, the sources of revenue were approved and a cap was put on the cost of the project based on the estimated revenue from those sources. A portion of the cost for the station was dedicated to come from the General Fund as a result of some of the savings realized in refinancing the then long term debt (2010B & 2010C). If the council members had thought it prudent to submit a referendum to the taxpayers to decide the fate of the police station (just as the School District referendum was offered for the taxpayers to choose whether to fund new schools), then a property tax increase based on the approval of the voters would have been decided at that time. It is inappropriate for the city to now go through the back door and spring this additional tax on the taxpayers (Series 2012 and 2013B)

2. The 2014 refunding bond was issued to lower the interest rate on prior bonds (Series 2004) that had been co-mingled. This bond includes portions payable from the General Fund, the water fund and the airport fund. The bond matures 1-1-2021. According to the prior City Manager, that portion of the $2,845,000 bond not attributable to the water fund or airport fund (originally being a portion of the Series 2000 bonds) is due to be redeemed on 1-1-17. The savings to the city and taxpayers by lowering the interest rate would be overshadowed by increasing property taxes to pay any of this debt. Then when 2022 comes along, what are the chances that our property taxes will be decreased by that same amount!?

The annual transfers to the General Fund from the two TIF funds are meant to represent engineering and administration fees in conjunction with the various TIF projects and are held to a certain percentage allowed by law. That is why it is so important to complete as many street, sidewalk, storm sewer and drainage projects as possible in the TIF districts before the TIF’s end in order to reduce the future overall costs anticipated for these types of improvements. The General Fund may lose the surplus it has been receiving from the TIF’s for the past few years, but there is some argument that the surplus should have been applied to the pension funds to begin with

4. Since I was a council member in 2011, I know what it means to have to lay off employees to contain costs. At that time, the number of employees were reduced by 29 from 231 to 202. No positions were eliminated in police or fire. There would be no immediate savings due to the costs of separation, so savings were to be realized on a long-term basis. This did not happen because later councils approved adding new employees, including several higher paid management positions. Last year’s staff memo concerning the tax levy reported that the number of employees had then increased back to 224.

5. The staff memo of 11/4/15 states that the city levy is comprised of 1) General Corporate, 2) Debt Service, 3) IMRF, 4) Police Pension, 5) Fire Pension and 6) Social Security. General corporate would include operating expenses other than pension costs and a portion of the debt not abated. I think we can all agree that the city should not use property taxes for operating expenses. This would not hold the city accountable as costs would not be tied to a specific use.

The staff memo also states, “Making debt payments from the General Fund is not a sustainable practice, particularly in light of escalating employee and material costs.” It seems obvious, then, that the most conservative approach is to reduce employee and material costs. Here the staff is negligent in not pointing out that since January, 2014 there have been several highly paid staff added or replaced and there have been a number of wage increases since that time. The expense for IMRF and social security has increased because of the significant number of added employees since 2011. This city council has been discussing the hiring of yet another staff position for HR, yet there are at least two existing staff that could take on this role as was done in the past. If these persons are not capable of doing multiple tasks, they should be eliminated or replaced. The council should request a detailed accounting of the tasks performed by the assistant city manager and management analyst. The job descriptions are vague, at best, and even suggest these positions are doing tasks that previously were performed by prior city managers.

SB318 is a PROPOSED bill that does several things. It would establish a 2-year property tax freeze outside of Cook County only for the years 2016 and 2017. It would also end the State’s general aid formula for schools by 7/1/17 to be replaced by a new formula yet to be determined. The GOP and governor do not support the bill as presented. This bill may be more of a concern for the school district.

There may be some credence for increasing the levy only enough to cover the difference between using the PUC and Entry Age Normal methods for funding the pension funds but not without taking into consideration the future return of TIF funds for this purpose. Any increase to the tax levy for the pension funds should actually be levied for those funds and not allocated to the corporate levy. While the intent may be to use the corporate levy for the pension funds, there is nothing to prevent this $824,107 from being used for other operating expenses, especially when future councils lose sight of the reason for increasing the property taxes.

I have reviewed the proposed Ordinance 2015-054 and have a number of questions that should be addressed to the Finance Director. Section 1 (pertaining to the police station Series 2012A & 2013B) is okay. Section 2 pertaining to the Series 2010A TIF bonds shows an amount being abated that is $12,675 more than the payment due according to the CAFR. Section 3 (pertaining to Series 2010B and 2010C)) is okay. Series 2010B refinanced Series 1997A and 2002. Series 2010C refinanced Series 2009 and $3M of Series 2004 but did not include portions from the water and airport funds. Section 4 actually pertains to the Series 2014 refunding bonds. The Series 2014 bonds incorporated the balance of the 2004 Refunding Bonds that included portions from the General Fund (originally Series 2000), water fund and airport fund so I am not sure if the abated amount is correct.

Pam – Thank you for your comments/observations. I will consider them as I continue my preparation for our tax levy discussions/decisions. SB318 could change the landscape – we are being proactive. A “conservative” scenario does not mean ignoring current and future conditions, as taxpayers expect the Council to assess (i.e. consider) the needs of this community.

We have made structural changes in DeKalb’s municipal organization. We have effective, professionals in leadership positions – much different than 2008-2011. Atmosphere within city staff has improved. Morale is more positive.

Thanks, again, Pam for your perspective.John Rey