Family, friends, and adorable canines have made 20 years at Huckleberry’s a doggone good time. 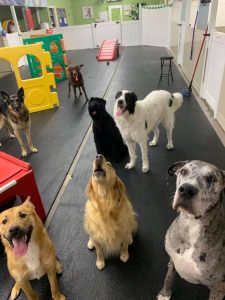 “There have been customers who have supported my business, some on their second or third pet, who continue to come to us for services all these years later,” said Huckleberry’s owner Jenny Kingren. “We have had some amazing employees over the years as well. There have been so many wonderful individuals that have worked so hard to make Huckleberry’s what it is today.”

Kingren decided to pursue a career in the pet world after working for companies that were eventually bought out and downsized.

“I decided I didn’t want to go through that again,” she said. “I wanted to do something I was passionate about. We had a one-year-old chocolate Labrador retriever named Annie. She was my pride and joy, and I thought, ‘What can I do that I could work with animals?’”

Kingren enrolled in The Windy City School of Pet Grooming in Elk Grove, IL and opened Huckleberry’s Pet Parlor in Sycamore in 1999, originally a “one-woman shop,” after she graduated. 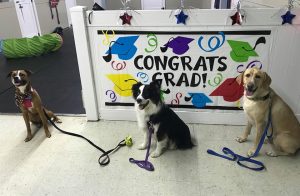 She later would add more groomers and expand her space throughout that building. As the space grew more services were added. Today, Huckleberry’s Pet Parlor features a boutique filled with food, treats and toys for dogs and cats, as well as doggie daycare, overnight dog lodging, dog training, self-service pet wash, and full service cat and dog grooming.

“It’s so great seeing pets grow over the years into their own unique character,” said Brandi Liebert, who has worked as a groomer at Huckleberry’s for 13 years. “Huckleberry’s is most definitely my second family.”

Employees have the opportunity to attend grooming seminars, and daycare employees, who supervise off-leash play, participate in extensive training to make sure they are equipped to handle every dog.

Ashley Martin, a groomer at Huckleberry’s for the last 18 years, finds the work very rewarding. 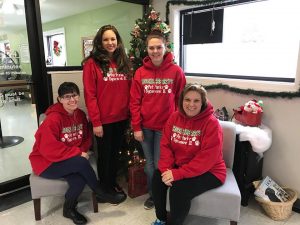 “I get to do something I love every day,” Martin said. “It is truly my honor to work for a business owner with such a big heart who will go the extra mile for all her customers, employees, and furry friends.”

To celebrate the parlor’s 20th anniversary, special events and deals are planned throughout the year. Specials will be posted on the 20th of each month via email and Huckleberry’s Facebook page.

Kingren says that after two decades, her vision for Huckleberry’s is now “complete,” and she looks forward to many more happy years spent serving DeKalb County’s furry friends.

“In the blink of an eye 20 years has gone by,” she said. “I joke with longtime customers when they say, ‘I remember when it was just you in the little shop.’ I like to reply, ‘We don’t look 20 years older!’”

Congratulations so glad it has gone on for twenty years! You are the best!