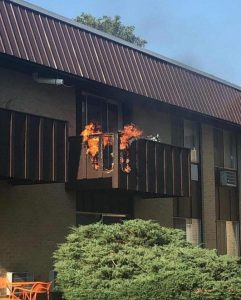 A massive fire filled the sky near downtown Sycamore, IL with smoke, as firefighters from all around the DeKalb County area fought a blaze at St. Albans Greens Apartments at 711 South Main Street.The apartments are owned and managed by Mason Properties in DeKalb. An unconfirmed report earlier said that someone heard a propane grill explode on a balcony and that may have been the source of the fire. 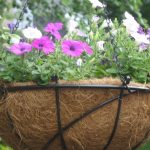 A new account from someone in the building at the time said the fire was started by a woman smoking and putting out her cigarettes in a wicker basket on her balcony (similar to the planter pictured at left).

According to the eyewitness (who prefers to remain anonymous for now), the first explosion was in the courtyard, where a brick wall was taking heat. The 2nd and 3rd explosions were in the front of the building. Several tenants had oxygen tanks that most-likely contributed to the blasts.
The fire spread quickly through the “A” building of the complex because of strong winds. There are 80 units in the complex. Miraculously, there are no reports injuries to any residents, but some pets perished in the blaze. We spoke to several residents who live in apartments and they all lost everything they owned in the fire.

Police instructed anyone displaced by the fire to go to the Southeast Elementary gymnasium at 718 Locust Street.

Besides personnel and equipment from many surrounding communities helping to extinguish the fire, the people of Sycamore and other nearby towns have opened their homes and donated lots of items to help those in need.

Those wanting to help out can donate to the Apartment Fire Relief Fund:

Update: The Sycamore Police Department and the Red Cross are still waiting to hear from two residents in the “A” building. If you are a resident of the complex, please return their calls immediately. 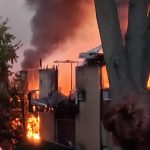 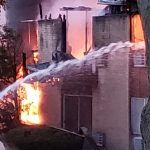 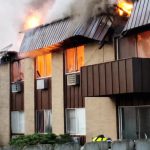 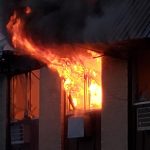 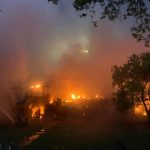 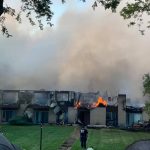 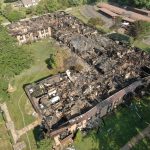 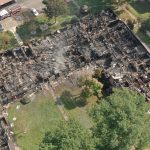 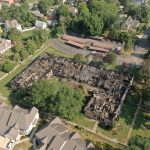