It’s time to drain the fraternity

“Today, you have a chance to do what is right, to follow the law and to regain the trust of students, parents, faculty, staff, and citizens of DeKalb.”

Haji-Sheikh’s attorney, Charles Philbrick, read those words from her prepared statement at the NIU Board of Trustees meeting held December 7 in Room 315 at Altgeld Hall in DeKalb. BOT Chair, Wheeler Coleman, took exception to that statement, chastising Philbrick for being a member of the fraternity of the courts and daring to suggest, even if for a client, that the NIU Board of Trustees were somehow not following the law.

Add DeKalb County Judge Bradley J. Waller — and former Huskies basketball great (1982-85) — to the list of unloyal members of that fraternity, Trustee Coleman. The reason for the action item on the agenda that called for the board to revote on former NIU President Doug Baker’s golden parachute was Judge Waller ruled the contract was approved in executive session in violation of the Open Meetings Act. According to Coleman all other counts of alleged violation of law brought before Waller in Haji-Sheik’s complaint were dismissed.

The action item and revote were an acknowledgement of Waller’s decision. 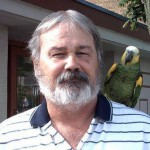 So on the very day that will forever live in infamy the board unanimously re-approved the separation agreement with Baker.

Coleman explained how the BOT was, in reality, saving NIU money since the $617,000 payment included the equivalent of Baker’s full year’s salary ($450,000 plus benefits) and a $137,000 lump sum payment as well as another $30,000 in miscellaneous legal fees. Evidently, $587,000 has already been paid to Baker before the court action. In return, terms of the agreement included Baker’s resignation and terminated his contractual right to be a tenured faculty member in the College of Business at a salary of more than $200,000 a year. It also reportedly included Baker waiving his rights for future potential litigation that could have been costly for the university.

With terms like that, in light of an Office of Executive Inspector General (OEIG) report that said Baker mismanaged NIU funds by basically taking too good of care of soft money consultants through methods not permissible, it’s easy to see that it’s better to be on the inside of such fraternities rather than on the outside paying for it.

At least that’s how teaching and field staff at NIU, many of whom haven’t received pay raises in years, see it. Being on the outside-looking-in feels colder too to students and parents looking at their tuition bill and comparing it to Baker’s departure bonanza regardless of justifications given. Certainly, the alumni can’t be thrilled with all of the payouts NIU has paid to former employees in recent years. Illinois taxpayers are voting with their feet in droves because the practice is so widespread throughout the state. Heck, even Illinois General Assembly members like State Senator Tom Cullerton (D-Villa Park) are getting fed up. Cullerton wants an end to the academic culture that perpetuates backroom deals for high paid executives and bloated payouts for those who fail to do their job. He is working on tougher regulations to stop state universities and community colleges from paying out administrators while under investigation or found guilty of university mismanagement.

“Failed administrators and executives shouldn’t receive golden parachutes for wasting taxpayers’ time and money,” Cullerton said. “Our state universities and community colleges need to stop abusing state funds. These dollars should go toward educating our children, not lining the pockets of ineffective administrators.”

Perhaps @Governor Bruce Rauner should review his appointments to the Board of Trustees. That might help.

But how about expanding that circle from the state universities to school districts and municipal governments? Just think of all that money returned to operations.

Question. It is stated “all the payouts that NIU has paid to former employees in recent years”. I have an old person’s memory. To what employees and what payouts are you referring?

A little additional problem with Wheeler’s statement on how litigation would cost NIU. First, even if after the OEIG report, Baker still had the audacity to sue the University, the Attorney General’s office would defend the University. A cost to taxpayers, but not to NIU as Coleman claimed. Unless, of course, they felt entitled to their own personal high priced private lawyers (such as they let Baker do at a cost of over $200K). Second, if the lawyers failed miserably at a simple defense, insurance would pick up the tab.

There must be a more hidden reason why the BoT chose to gift the money. I wonder why.

Saying that for several yrs.

Those who thought Baker was worth that much money deserve to pay , the problem is with the thinking that the position is worth $450,000 a year in salary and benefits.

Iâve been saying that for years. Itâs ludicrous. An administrator making big time money is allowed to resign/retire, gets a huge payout and enjoys their benefits. The typical employee earning average salary would be fired, lose all benefits and probably go to jail.

The entire board needs to be replaced. Shame on them.

Michele Giangrasso Skinner, show Cal, and Chris Yaeger Rauner comes up the end of the article. Maybe in can be used, FYI.