As we approach 2019, we’re going to look back for a little while longer before looking ahead to the new year.

2018 was a year of many eventful anniversaries in DeKalb County. Kishwaukee College celebrated their 50-year anniversary all year. The DeKalb County Community Foundation celebrated 25 years of giving. The NIU School of Art & Design celebrated the 50th anniversary of the Jack Arends Building by welcoming back accomplished alumni for a series of shows, lectures and receptions in the fall.

Among DCO sponsors, Northern Rehab celebrated 40 years of serving DeKalb County. Beth Fowler School of Dance celebrated 35 years since its founding by 15-year old Beth Fowler, and 25 years of their dance company performing “The Nutcracker” at the Egyptian Theatre every holiday season.

On an individual level, one of DeKalb County’s most-heroic residents, Tony Berg, was honored on his 100th birthday by a number of government officials, from President Trump and Governor Rauner to DeKalb Mayor, Jerry Smith.

One final anniversary we want to highlight before the year closes is the 100-year anniversary of Majakka Hall in DeKalb. Just as the Old North Grove School in Sycamore stands as a reminder of the once-thriving Swedish immigrant community in the area, Majakka Hall, which now houses the DeKalb Area Women’s Center, hearkens back to the time when a large number of Finnish people settled in DeKalb in search of a better life and made a big impact on the city in the process. 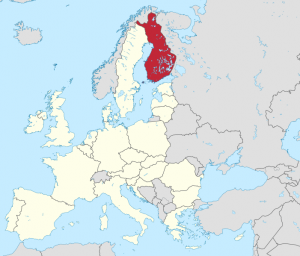 In the last half of the nineteenth-century, a huge growth in the population of Finland, followed by some economic woes, led to massive unemployment among their young people. Many left their country in search of jobs. In addition, oppressive Russian rule and forced military service caused others to leave for greater political freedom.

In the late 1800’s, DeKalb, IL was booming, and the barbed wire mills drew workers from throughout Europe and Scandinavia. The first Finnish men arrived in DeKalb in 1892. Johan Keltamaki, Johan Makela and Johan Hakala were from the same village in Finland, and all three went to work in the Haish barbed wire factory. They wrote their friends and relatives back in their homeland about the opportunities in DeKalb County and more followed.

As in many American cities, immigrants to DeKalb tended to live among others who shared their language and their culture, and a growing Finnish community took over the industrial Third Ward area of DeKalb, in what is now the Pleasant Street neighborhood. Of the 184 Finns listed in the 1900 census, only 20 lived outside the Third Ward.

In addition to working in the large factories in DeKalb, Finns eventually started other local businesses, including the DeKalb Milk Consumers Association (1917). As that business grew, a modern dairy was built on Pleasant Street in 1926. The cooperative’s product line expanded to include a variety of dairy products, which they provided to over 2,000 local customers before the business eventually shut down in 1966.

Among other Finnish DeKalbians who achieved public notoriety were a couple of professional athletes who played collegiately for NIU. Reino Nori, nicknamed “The Flying Finn,” was a charter member of the NIU Athletics Hall of Fame, earning 17 varsity letters in five sports. The quarterback, who stood only 5’6″ and weighed 160 pounds, played in the inaugural NFL season for the Detroit Lions in 1936, and also played for the Brooklyn Dodgers and the Chicago Bears between 1937-1938. Likewise, Toimi Jarvi, a 1942 NIU grad, also played quarterback in the NFL for the Philadelphia Eagles (1944) and Pittsburgh Steelers (1945).

One tangible impact that Finns left on DeKalb was through their work on the construction of Hopkins Park, which opened in 1934. Finnish men cut and set the stones to form the entrance gates and also built two traditional Finnish log cabins where the band shell stands today. Carl Riippi, another Finn, who was on the park board and was chair of the buildings committee at the time, presided over the opening ceremony—which included the performance of Finnish songs and dances. 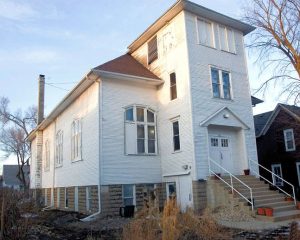 A problem that arose among the Finnish immigrant community eventually led to the construction of Majakka Hall. As young Finnish men tried to ease their homesickness by frequenting local taverns, alcohol abuse among the Finns increased. In order to remedy this situation, Finnish temperance societies were formed.

In 1918, a new temperance hall was opened at 1021 State Street to serve as a community center for the DeKalb Finnish population. Majakka Hall was named after the Finnish temperance society who built it. (The word “majakka” means lighthouse.) The church-like structure hosted live music, lectures and festivals. The Majakka Temperance Society sold the building in 1949 and disbanded in 1953.

The Finnish community in DeKalb eventually broke apart and lost its distinctiveness. Many moved away when the American Steel & Wire plants closed. Younger Finns chose to marry outside of their ethnic group and moved away from the Third Ward. Finally, many Finnish men served in World War II and never returned to DeKalb, either because they were killed in combat or they simply settled elsewhere after the war. 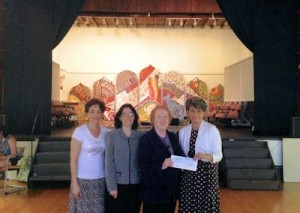 In 1993, Majakka Hall became the home of the DeKalb Area Women’s Center, and it was declared a local landmark by the DeKalb City Council in 2013. In 2014, several organizations pitched in to begin the Finn Hall Restoration Project in order to preserve and restore Majakka Hall to its former splendor. You can see updates of the restoration here: Finn Hall Preservation.