Meet the Candidates—Dekalb County Board

On Thursday, September 27, 2018, thirteen local, regional and state-level political candidates spoke about their qualifications for office and their positions on important issues. The also answered questions from Moderator, Michael Embrey, and audience members.

Here is a brief summary of the comments made by the DeKalb County Board Candidates. I have also linked some videos from the event. 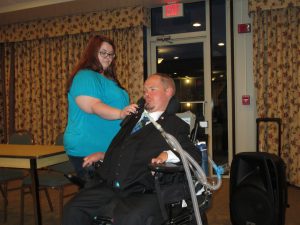 Background: He is a marriage and family therapist in Sycamore, specializing in disability. He previously worked for the DeKalb County Youth Service Bureau as the Diversion Coordinator.

He wants to give all of the voters in his district an equal voice.

He wants to give more tax abatements to small businesses and worker coops to stimulate the local economy.

“I really want to represent District 2, because our current representative is out of touch with the people there,” said Wett. “He doesn’t understand their needs and the small business atmosphere very well.” 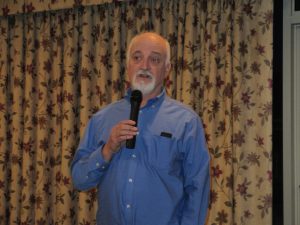 “Part of what we have to do, from a local level, is to advocate for our state representatives to put the pressure on the State to send the resources back to us so we can provide the central services our citizens need,” said Rathke.

“My job is to raise expectations of our citizens,” Rathke said.

He wants to bring Metra out to this area, because he believes that mass transit is something this community desperately needs.

“Mass transit, from both an environmental and an economic standpoint, makes a lot of sense,” said Rathke.

By focusing on public investment, he want to make sure that wind and solar energy benefits most of the citizens in the county, rather than just a few individuals.

“I am one of the few Socialists that’s running for office this year in DeKalb County, so if you support socialism in one county, please give me your vote in District 8,” Rathke concluded. 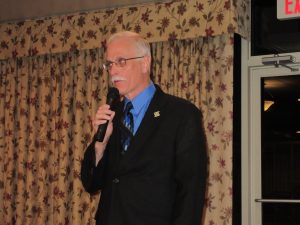 “[I’ve] been spending a lot of time out knocking doors and talking to people lately on the phone…Luckily, there are a lot of people engaged; you just have to go to where they are,” said Luebke.

He believes they’ve done a good job of being fiscally responsible and maintaining services for the County that people depend on.

He said he has a lot of people in the immigrant community in his district and wants to make sure they feel safe calling the police without being worried that they will be hauled off to some detention center. He would be willing to support a Welcoming Ordinance.

“If they’re afraid of being turned in, it deters people from reporting crimes,” said Luebke.

He also said he would vote for any wind turbine ordinance that addresses the public’s concerns, but also keeps the possibility open for that type of development in order to increase revenue. 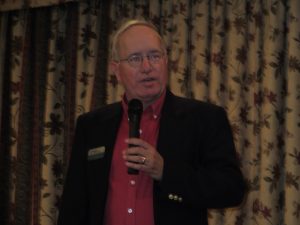 “The important thing is having investment in good jobs, for people to be able to raise their families and having the proper business environment so that the businesses can thrive,” said Bagby. “I think that partnership between worker and employee is an important one.”

“I, myself, am an anomaly,” Bagby said, “I am a chair of a Republican Party organization and a card-carrying member of the Cook County Community College Teacher’s Union.”

“I am a proud union member and a Republican,” said Bagby. “I don’t consider that to be an oxymoron.”

He said they they try to make sure that when development occurs, it happens adjacent to existing municipalities, because it’s the municipalities who are making the largest investments into economic development. “Being respectful of their contributions is one of roles that the County plays,” said Bagby.

“We in this county believe that our farm land is one of the most important assets we have and we believe in protecting that,” said Bagby.

“It’s important for us to have a balanced perspective in terms of offering tax incentives to companies to bring them in,” said Bagby. “The reason we have those incentives is because we realize that is a significant expenditure that those companies have to make.” 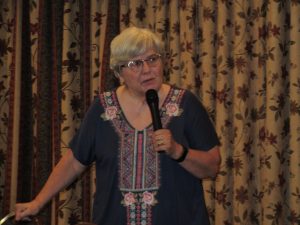 She serves on the Planning and Zoning Committee and the Highway Committee.

She is retired from NIU, where she was a Professor of Physics. She believes she has a unique scientific perspective as an experimental physicist when it comes to things like wind turbines and solar panels.

She is concerned about providing adequate bus service for residents of her district. 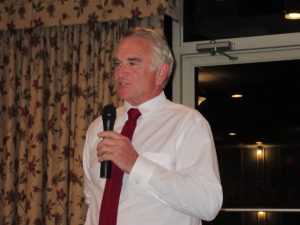 He talked about how his district is a rural area and includes lots of farmers. He’s lived in this part of the county for 32 years. He farms and also has a business appraising farmland.

He sees his position on the county board as an oversight position and believes that his district is getting their “fair share.” He feels that the Sheriff’s Department and the infrastructure such as bridges and highways have been adequately supported and maintained under his watch. 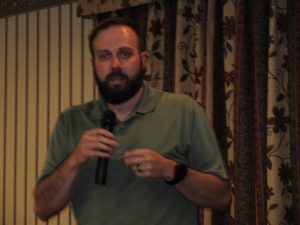 He wanted to give the people of District 11 the opportunity to have someone else on the ballot, so the incumbent is not running unopposed.

He said he will also represent the people in the towns in the district—Waterman, Cortland, Maple Park, and Hinckley.

When asked how he intends to represent the residents of such a spread out district, Schuett said, “I’ve been knocking on doors for the last 3-4 months, and I’ve hit pretty every town within there and then a lot of the rural spots in between.”

He also feels that their district has been adequately supported—they just need to travel a little farther for services than people in other districts.

Next up: Candidates for DeKalb County Treasurer and DeKab County Clerk