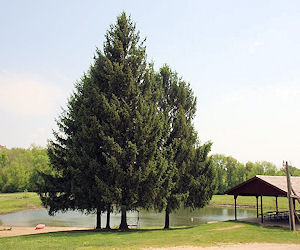 Stone House Park which is currently closed due to code violations, presented plans Thursday to address those issues and continue to allow music festivals for up to 5,000 people per event.  A Public Hearing was held February 9th at the DeKalb County Legislative Center, requesting an amendment to the Special Use Permit at Stone House Park in southwestern DeKalb County. Hearing Officer Ronald Klein will make recommendations to the Zoning Committee of the County Board for their upcoming February 22nd meeting. The issue will then go to the County Board for approval.

Gregg Larson and Steven Cecchin, owners of Stone House Park Recreational Camp, located at 3719 Suydam Road in Paw Paw Township, are changing their plans for the recreational camp on the subject property. These include a reduction in the number of cabins to be constructed, allowing for year-round use and storage of RVs and container trailers, and a revised construction schedule for use of existing structures on the subject property. The recreational camp operates pursuant to a Special Use Permit approved by the DeKalb County Board, and the proposed changes require an amendment to the permit.

The DeKalb County Health Department had provided a list of ten items that they want addressed including inspection of septic systems, obtaining food permits, removal of construction trailers and supplies, not permitting RV trailers to remain on site for more than 250 days in a row and addressing the complaints of neighbors. At a code violation hearing in late 2011 the park was ordered to close temporarily due to unattended code violations. Larson and Cecchin stated that they had dealt with some of the issues already and agreed to get all of the Health Departments concerns addressed before reopening the park.

Four letters against the amendment to the Special Use Permit were sent to the Hearing Officer by neighbors to the property and one was sent in favor of the proposal. Five neighbors spoke against the permit at the hearing. Arguments against the proposal were mainly about “curfew, capacity and control” as summarized by neighbor Kimberly McInerney. Neighbors complained that the large festivals last year brought with a plethora of problems for the Rollo area neighbors including drugs, cars lost on rural roads, all night amplified music and gunfire from reenactment festivals. Larson and Cecchin stated that they had met with the DeKalb County Sherriff and were making changes to their operation to address the neighbor’s concerns.

Wayne Davey, Trustee for Paw Paw Township spoke and asked the Hearing Officer to listen to his residents. He felt the neighbors had tried to talk with the park’s owners previously and that they “still didn’t control it”.

An attorney representing Farmers and Traders State Bank in Waterman spoke against any changes to the current zoning for the park. Stone House Park was scheduled on the DeKalb County Sheriff’s Sale for March 22nd but was cancelled on January 18th. Farmers and Traders State Bank is not renewing the park’s loan and the owners stated that they are currently seeking other financing. When asked by Klein if they were going to be able to get their financing, Larson stated that they need the Special Use Permit approval first, in order to get the loan.

“So we are fine with the Special Use Permit saying if we cannot get our financing, the permit is no good” stated Larson.

Planning and Zoning Director, Paul Miller, reminded the owners that no events would be allowed at the park until all stipulations were met including addressing occupancy permits and Health Department and Sherriff’s Department concerns.  Hearing Officer Klein stated that he hoped that some favorable agreement could be granted for the Special Use Permit since the park had a long history in DeKalb County, but that it would certainly have stipulations and the owners would have to show that they could finance the project.

Great report on a very interesting meeting. I want to point out that not one of the neighbors recommended denying the permit. It was my take that none of the neighbors want to put the park out of business; they prefer it as a family campground and not a mini-Woodstock.