Musical Event of the Year at NIU on Sunday, April 28

The biggest and most ambitious musical production of the year from the NIU College of Visual & Performing Arts will be performed this Sunday, April 28, 2019 in the Boutell Concert Hall at 3:00 p.m.

Defiant Requiem: Verdi in Terezin tells the story of the Jewish prisoners in Theresienstadt (Terezín), which was a ghetto during World War II. Theresienstadt was a holding place for 60,000 people, who were later moved to Auschwitz or other concentration camps. Within that population were many artists, musicians, actors and intelligentsia of the Jewish community. While they were there, they performed Shakespeare and wrote new plays and music, even after long days of forced labor.

Under the direction of fellow prisoner and conductor, Rafael Schächter, the residents of Terezín performed Verdi’s Requiem mass sixteen times for fellow prisoners, with full orchestra, full chorus and soloists. The Requiem was originally written as a Catholic mass for the dead in Latin. The performances at Terezín functioned as an act of defiance and resistance against the Jews, as the text of the Requiem Mass, according to one surviving chorus member, enabled them to “sing to the Nazis what they could not say to them.”

Defiant Requiem: Verdi in Terazin is part musical theater and part historical documentary, and includes a full performance of the Verdi Requiem, some documentary film footage from the original performances, and actors recounting oral histories of the event. Murry Sidlin, Founder and President of the Defiant Requiem Foundation, will be brought in to conduct the performance. 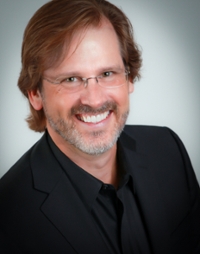 Northern Illinois University was able to produce this concert because Acting Director of the School of Music, Eric Johnson, worked for two years to secure a grant from the Defiant Requiem Foundation.

“It’s going to be an amazing, powerful event,” said Johnson.