On National Female Veteran Day, not only is it a day to recognize women veterans, but it’s a day for women veterans to support one another and to share resources, build relationships and spread awareness concerning the needs of the current women veterans.

Vet Girls ROCK, an initiative under Active Veterans With Answers, was founded in 2017. This movement serves as a resource and knowledge stream for women veterans. With the struggles of transitioning from military to civilian life, Vet Girls ROCK was created to educate, enlighten, and support women veterans through professional and personal growth that improves awareness, potential, and identify talents. Women veterans who miss that camaraderie can find it in Vet Girls ROCK.

Women have served in the military from the American Revolution to the present and many have not been recognized for their service. Unfortunately, women have been historically underrepresented in utilizing the benefits provided for them, and have often been more reticent in claiming their veteran status. Women now make up 15% of active duty and 18% of Guard/Reserves service members. Based on the upward trend of women in all branches of service, the number of women Veterans and female VA users is expected to double again in the next decade. To that end, the Department of Veterans Affairs is committed to ensuring that benefits and services for women veterans are made as accessible as possible, and has created a number of outreach programs and revised guidelines toward this end.

Today, the contributions of these nearly 2 million women veterans deserve more respect and acknowledgment. National Vet Girls ROCK Day celebrates the bonds theses women have formed and their experiences through military service. Organizations like the American Legion accept women as equals in the world of veteran camaraderie, and in many Legion Posts women serve in leadership roles.

Like thousands of all military personnel, support transitioning from military to civilian life develops both their professional and personal success. Honoring their accomplishments, skills, and essential contributions both in the military and civilian fields elevate the place of the woman veteran to her proper position. These women take on the challenge of returning to civilian life, but also return to school, move into the professional work world and many still raise a family.

Women veterans deserve your salute and the comment: “Thank you for your service.” 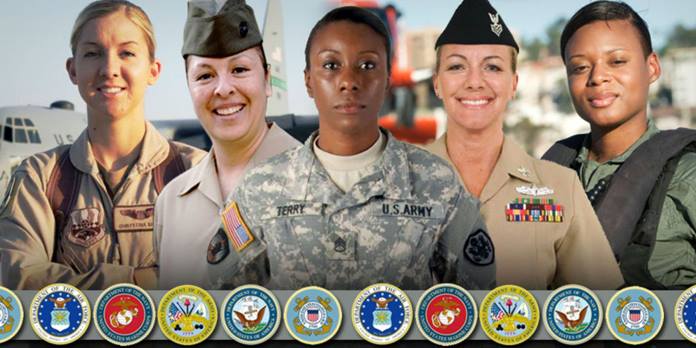