Mike Super, star of NBC’s hit TV show ‘Phenomenon’ and direct from the world’s most iconic stage, Radio City Music Hall as a Top Finalist on ‘America’s Got Talent’ is coming to the Egyptian Theatre in Downtown DeKalb Friday, October 13!

As the winner of NBC’s hit TV show ‘Phenomenon’, Mike is the only magician in history to win a LIVE magic competition on primetime US network television and voted America’s Favorite Mystifier! Through spectacular illusions and his own inimitable down-to-earth style and personality, Mike Super has pioneered a new form of magic that transcends the “trick”. Mike has emerged as magic’s newest celebrity, with a legion of fans numbering in the millions. 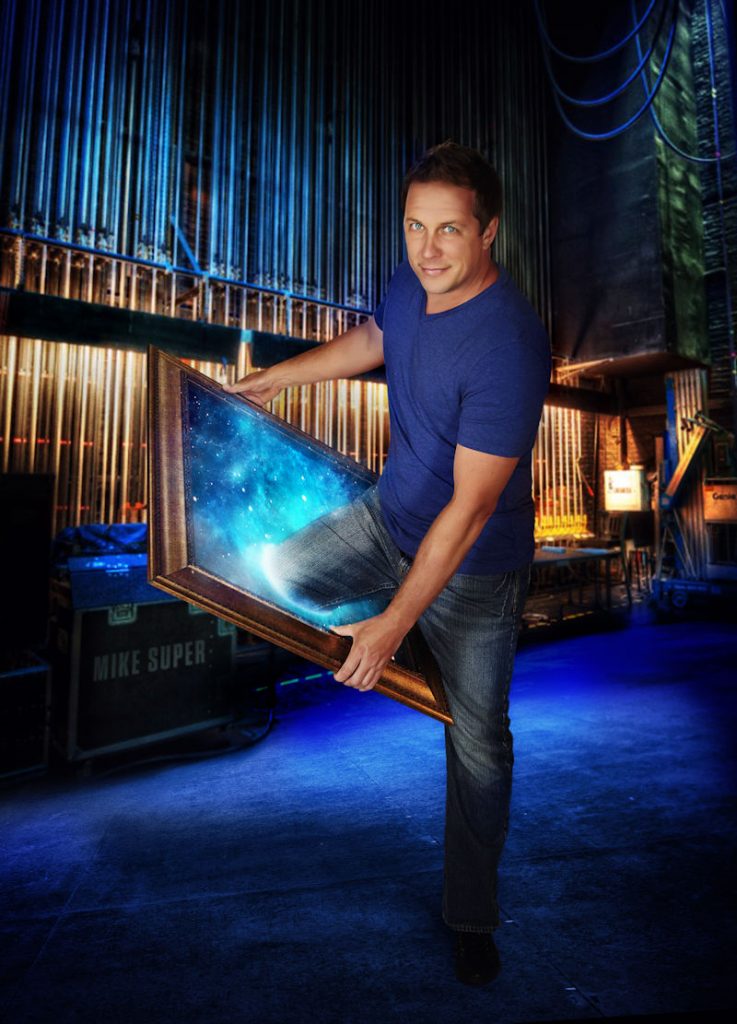 Mike will try to “steal” a vehicle from DeKalb/Sycamore Chevrolet GMC by making it vanish from their lot and have it APPEAR on stage during the show! Not only that, but the live audience that witnesses this event, will then have a chance to WIN that very vehicle! That’s right…EVERY audience member (with a valid drivers license) will have a chance to win the vehicle if Mike can make it appear!

Mike’s ever-growing popularity has garnered him many prestigious awards and honors. Most recently he was the recipient of the Merlin Award being named Entertainer of the Year for two consecutive years. The Merlin Award is considered to be the Oscars of Magic, Mike shares this award with the likes of David Copperfield, Penn & Teller, Criss Angel & Siegfried and Roy.

His many television appearances include being named the winner of NBC’s television show Phenomenon, Top finalist on America’s Got Talent, Penn & Teller Season Premier episode of FOOL US, numerous appearances on the French television show LA SOIREE DE L’ETRANGE, one of the presenters and artists to appear at the Pollstar awards held at the prestigious Nokia Theater and recently appearing on The Ellen DeGeneres Show.

His appeal to both young and old has made him one of the most sought after mystifiers in the world!

Imagine mind-blowing illusions combined with the hilarity of a headline comedian. Mike Super has taken the performance of magic to new, mainstream levels that will reach out and literally touch you! Mike’s turned the magic show on its side and dumped it out into the audience! YOU become Mike’s onstage assistant!

Join the journey of emotions from laughter, intrigue, danger, fear, wonder, anticipation, tears and sentimentality that only Mike Super delivers in this family friendly performance! To learn more, visit www.mikesuper.com.

Tickets for Friends of the Egyptian Theatre members special pre-sale starts Wednesday, August 9 at 10:00 AM. Tickets go on-sale to the general public on Friday, August 11 at 10:00 AM. For more information and to purchase tickets visit www.egyptiantheatre.org or call 815-758-1225.

The Egyptian Theatre located at 135 N. 2nd Street in Downtown DeKalb, IL is owned and operated by Preservation of Egyptian Theatre, Inc. a 501(c)(3) non-profit organization.