District 428 will hold a regular and special combined meeting tonight at the Education Center at 901 S. 4th Street in DeKalb. Listed on the agenda as a possible action item is a possible approval of grade reconfiguration. A public hearing on the District’s 2009 property tax levy as well as its approval is also on the agenda. 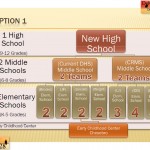 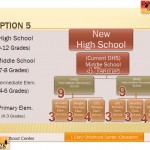 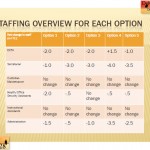 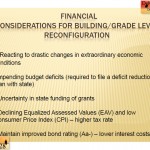 All we can do is remember the key persons who heavily promoted and represented the school district during the referendum push and oust the school board members that were involved in allowing this to be voted through. We missed an opportunity to start this process in the last election with board members Verbic and Lord but we must not forget in the future.

Unfortunately, boards, councils, adminstrations, and lets include all politicians realize that the general public really only as influence with what happens with and at the voting booth. Since so many Americans have decided not to do their PATRIOTIC DUTY and vote in all of the elections, those who hold office have it down to a science in exactly who and how they must target those voters who are going to vote. They spend very little time on those who sit at home.

It's time to get up the vote Americans. This country can be taken back but it will take your vote to do it. Locally, state, and federal stages we can take it back. It takes a little bit of effort and the main part is not to always believe what you are being told, find out what is really happening today, it's easier than you think.

What can we do about these lies?

There is only one viable option for this community right now Mac. That would be option #6. Not to even open the new high school at this time. Slow it down, do it right shell the indoor track to complete at a later date and not finish and furnish the 16 extra classrooms not needed at this time.

Demographers now twice, paid for by the school district, have said that enrollment has flattened out and in fact will show decline in the next upcoming years. Not once but twice after the referendum has a demographer reported this to our school board and administration.

I look at the first demographer's report like this. Our school board ready to jump off the side of a cliff with no parachute but the demographer comes through and saves the day by saying, hey you don't need to build that school as big as we thought before the referendum. My numbers were wrong the first time because of extremely flawed input numbers used. You don't have to commit to all of this debt now, aren't you happy?

No they weren't. There long time dream of the perfect fantasy high school's bubble was just burst and now what do they do. School board president Mike Verbic's answer, build it they will come and hey, it was a voters mandate, we must build it that's what the voters said.

Too bad the voters were given a bunch of poppycock information. There is no way to prove it but in essence the committee to pass the referendum can be thought of as that old time butcher who had a habit of pressing his thumb on the scale when mom bought her meat from him.

Many in this community refuse to believe that we as a community who has a community support the infrastructure of the city and the school district along with the parks, library, sanitary district etc are basically broke. Many voted in good faith that they would only pay x amount per a $200,000.00 home but that is gone just like water under a bridge. Borrowing money to pay interest only to now have to pay interest on the borrowed money which was used to pay the first interest is as ludicrous as it was reading this last sentence but that's what they have done. All of this in hopes to get into better times. What if those times don't happen for another five years?

We are in a second year of negative EAV growth, the school committee needed $20million a year in the black not red and for 20 total years.

Tonight the school board is being offered two options now for redistricting of schools. The first option is to basically keep what the referendum stated (by law should be the only one possible), the second option is to close two grade schools. Well this sound like DeKalb about 22 years ago, build some new schools, close down some of them and give one away. Can we stop living for today and try to look down the road at least five if not ten years?

Option 5 gives the administration that money. It is about the money not the children, their parents, or the teaching community. It's all because we built a high school this community cannot possibly afford at this time.