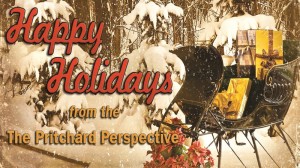 Join us for the Inauguration

The 99th Illinois General Assembly will be sworn into office at noon on Wednesday, January 14th in the University of Illinois Public Affairs Center at Springfield.  I extend a personal invitation for you to be my guest at the inauguration ceremony.  There will be a reception before the ceremony and then I will host lunch and provide a personally guided tour of the Capitol afterwards.  If you would like to join in this historic celebration, please contact my office at (815) 748-3494 by December 23 and indicate anyone who will be joining you.

The five days of the fall Veto Session surprised many people by the bills that were passed, issues ignored and then the ending of the 98th House session with the official “sine die.”  The Senate will meet again before the new General Assembly is seated but the House will only convene if called into a special session by the Governor—which is unlikely to produce any legislation given Governor Quinn’s previous failures with calling special sessions.

I am encouraged that there is not a planned lame- duck session in the House. We do not need retiring lawmakers casting deciding votes on key bills affecting all Illinoisans, especially bills that may discourage future job creation and economic activity.

During the Veto Session, hearings were held on bills to create a new school funding formula, reorganize the Lincoln Presidential Library and Museum, and creation of a state medical insurance exchange.  These concepts have serious opposition and further drafting is needed.

Several bills vetoed by the Governor were over-ridden and now become law.

A number of other key legislation was passed by both chambers, some pushed in a very partisan nature to benefit their friends.

In what appeared to be a cost neutral change in the jury system ends up costing counties hundreds of thousands of dollars more.  SB3075 was an initiative of the Trial Lawyers Association to reduce the number of jurors in civil cases by half and raise the reimbursement paid all grand and petit jurors to $25 for the first day and $50 per day thereafter.

Criminal trials will remain at 12 jurors but the bill still requires that counties pay them in most cases more than double the current payment.  The bill passed on a partisan role call with those favoring the bill unconcerned about the cost impact to counties.

Another bill that passed along partisan lines—SB2221– removes the ten-year statute of limitation governing civil actions in cases involving asbestos.  Advocates claimed diseases from asbestos can take more than ten years to develop so anyone associated with construction using the product should be forever liable for personal injury, bodily harm or death resulting from the discharge into the environment of asbestos.

Companies with 25 or more employees who don’t offer their own retirement plan will now be required to offer employees a state plan.  Under the Secure Choice Savings Program Act, employers will automatically deduct 3 percent from employees’ paychecks unless the employee explicitly drops out of the savings program.  Approximately 2.5 million Illinois workers would be affected.

SB 2758 specifies that payroll deductions will be deposited in a special fund outside of the state treasury and managed by a 7 member board.  The board is to select a fund manager to invest the funds and offer employees limited control over their investments.

Senate Bill 1740 will provide more information to taxpayers regarding errors in homestead exemptions and payments due.  The chief county assessment officer must notify the property owner when an error in found, the amount of principal, interest, penalties, and administrative costs due and when any lien against the property for non-payment will be filed.

Senate Bill 2905 increases the assessed value of property to a maximum of $100,000 that qualifies for the disabled veteran exemption for specially adapted housing.  It also allows the disabled veterans standard exemption to be applied even if was not requested or received when the veteran was killed in the line of duty.

House Bill 4204 creates the office of Condominium and Common Interest Community Ombudsperson within the Department of Financial and Professional Regulations.  This office is to offer training, educational materials, and courses in the operation of condominiums and common interest communities.  The bill requires each association to register with the department and adopt a written policy for resolving complaints with unit owners.  The Ombudsperson will be available to assist in resolving disputes.

Illinois needed a law covering recording of conversations since the Supreme Court struck down the former regulations.  Senate Bill 1342 states it is legal to record police officers interacting with the public in their line of duty.  The law prohibits secret recordings of conversations between two parties that are intended to be private except if exempted for law enforcement purposes.  Further, the law prohibits the use or disclosure of any information in which a person knows or should have known was obtained from a private conversation unless the parties agree to the disclosure.

Many of the pilot election law changes for the 2014 general election have been made permanent.  Among Senate Bill 172 provisions are same day voter registration which is now available at all precincts and a longer early voting period. 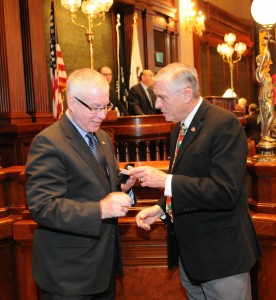 During Veto Session we had a visit from the Canadian Counsel General Roy Norton located in Chicago.  He spoke on the special trading relationship with Illinois since we are their best U.S. partner.  Five percent of our workforce—34,500 jobs—depend on trade.  $30 billion of their crude oil is shipped to Illinois and they buy $240 million of our agricultural exports.

Norton shared concerns about Country of Origin labeling which would hurt their sales to the U.S., the value of the $2 billion upgrade to the Enbridge oil pipeline which runs through Boone and DeKalb Counties, and the need for continued environmental stewardship cooperation between our two countries.

Backlog of Bills Continues to Grow

The Comptroller’s monthly report estimates the backlog of unpaid bills now totals $6.2 billion, an increase of $380 million in just the last two months.  The figure includes vouchers for payment and transfers given to the Comptroller for eventual payment.

The continued negative trend is an example of Illinois’ current cash flow situation and the inability of current State revenues to keep up with spending enacted by the General Assembly.  I commented last May that the FY15 budget under-estimated the cost of certain programs and expanded eligibility for healthcare.  The state must limit its spending to the available revenue.

The General Assembly discussed but took no action during the Veto Session to establish an Illinois health insurance exchange under the Affordable Care Act (ACA).  Illinois is one of more than 30 states that have not set up state exchanges.  Instead, the state relies on the federal exchange to describe ACA-compliant health insurance policies and help households “click through” to a willing provider.

One of the elements of the ACA is a significant subsidy to households in certain income classes for the health insurance they buy.  However, the text of the ACA as passed by Congress and signed by the President in 2010 states clearly that this cross-subsidy shall only be available to purchasers of insurance through a state exchange and shall not be available to insurance purchasers through the federal exchange.

A lawsuit, which will soon be heard by the U.S. Supreme Court, seeks to strike down these cross-subsidies in the federal marketplace.  The result will be significantly higher premiums for participating Illinois families.  Opposition to forming an exchange comes from the cost to Illinois taxpayers and the problems that other states have experienced including computer glitches.

A research website that blends millions of community reviews and opinions with hard data has named four school districts in my legislative district in its top 100 list for Illinois.  Niche recognized St. Charles District 303, Burlington Central 301, Sycamore 427 and Hinckley-Big Rock 429 for their student achievements and reviews from parents and students.  The site provides in-depth school profiles, reviews, students’ outcomes and maps.  Congratulations to these districts.  Further details are at www.k12.niche.com.

Recognizing Illinois’ achievements in early childhood education, the U.S. Department of Education has awarded the state an additional $20 million in annual federal funding to expand preschool services for 4-year-olds.  Illinois was one of 18 states selected to share in a new four year, $226 million program.

For Illinois, the preschool expansion grant money, combined with state commitments, should allow the state to reach its goal of creating some 14,000 full-day preschool slots for low-income 4-year-olds by 2018.  Illinois currently serves about 70,000 students ages 3 and 4 in its preschool for all program.

The federal government has also announced a $500 million expansion of the federal Early Head Start and child care programs directed at more than 30,000 infants and toddlers in 40 states including Illinois. 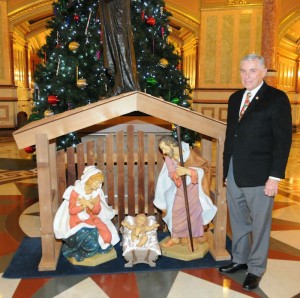 This year the capitol again features a manger scene to remind us of the meaning of Christmas.  I hope everyone is able to take time with loved ones and celebrate the magic of this season and all the joy it brings.  Happy Holidays from my family to yours!