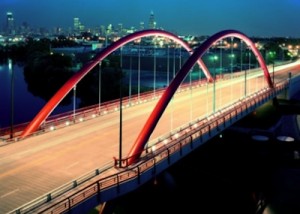 The transportation network of Illinois distinguishes our state from all the others and provides an appealing asset for business retention and attraction. It’s only natural then that a new Governor and a new head of the Department of Transportation (IDOT) would begin their terms of office by seeking local opinions about the critical needs and strategic priorities for this network of highways, rail, rivers, Great Lake, and air.
Acting Transportation Secretary Randy Blankenhorn, and representatives from the Illinois Capital Development Board, invite community business, civic and elected leaders to take part in a series of informal public meetings being conducted throughout the state in the next month. They will be looking for comments about the current state of the local transportation network, the most pressing infrastructure needs, and how targeted transportation investments can drive economic development and improve the quality of life for residents.
bridge.png
The tour includes stops at two locations in our area; Rockford on May 14th at 3 p.m. at the RMAP Headquarters at 315 North Main Street, and DeKalb on May 18th at 2 p.m. at the City Hall Council Chamber at 200 S 4th Street. For more information about all the meetings and their locations, click here.

Bears in Fairdale
The response to the tornadoes that hit the Rochelle and Fairdale areas on April 9 has been nothing short of miraculous. State, county, and local agencies, organizations, as well as hundreds of volunteers, responded quickly and have been providing relief. There was even help from bears—Chicago Bears style–as players Blake Annen, Ryan Mundy and Will Sutton helped with debris cleanup and the team donated $100,000 to the United Way of the Rock River Valley.

The remainder of the four R’s of disasters–Recovery and Rebuild–will take years. To help with those phases, a DeKalb County Long Term Recovery Committee (LTR) has been formed with the leadership of the DeKalb County Community Foundation and the Kishwaukee United Way. The committee will bring agencies and organizations together to provide what is needed for the residents as they seek to put their lives back together. Rochelle is attempting to form a similar LTR committee.

In addition, a pass through disaster fund has been established to provide transparency, accountability and tax deductible benefits for what is hoped to be millions of dollars in donations for the long-term recovery and rebuilding efforts of residents. Donations can be made to the DeKalb County Community Foundation and the Rochelle Community Foundation. I’d like to give a big thanks to those stepping up to help form the LTR and to those donating to the remaining phases in the disaster recovery.

HB3122 creates the Veterans Employment Preference Act which allows private employers to adopt a policy giving hiring preference to veterans and avoid claims of discrimination. This was one of my priority bills.
HB3126 promotes tourism by allowing an exemption from Illinois boating regulations for state or nationally recognized boat races.
HB173 bans the highly unpopular red light camera systems in non-home rule municipalities.
HB178 freezes for one year the township general fund property tax levies in townships which have populations of less than 100,000 and are subject to PTELL (Property Tax Extension Limitation Law).
HB218 reduces the penalties for possessing less than 15 grams of marijuana.
HB373 authorizes the construction of the Obama Presidential Library on public parkland adjacent to the President’s former residence in Chicago’s Hyde Park. No state money was appropriated for the library.
HB494 allows school districts to hire persons with a non-violent felony conviction after 7 years and allows the hiring of people with convictions for possessing small amounts of cannabis.
HB574 reorganizes the Department of Commerce and Economic Opportunity (DCEO) into two groups. One, a private nonprofit corporation, will promote economic development. The other will continue many of its current functions in community development, assistance, and employment. The bill also establishes the Lincoln Presidential Library and Museum as an independent agency.
HB735 will prohibit municipalities from using taxpayer funds to purchase advertisements that include the names of any elected officers.
HB306 and HR404, which both dealt with the PARCC standardized test in K-12 schools, never came to a final vote. I will continue to work with the State Board of Education to improve and shorten the test before next year.
HB4025 provides that at least one semester of the required two years of social studies in high school be civics. It also allows school districts to utilize private funding to provide additional teacher training. 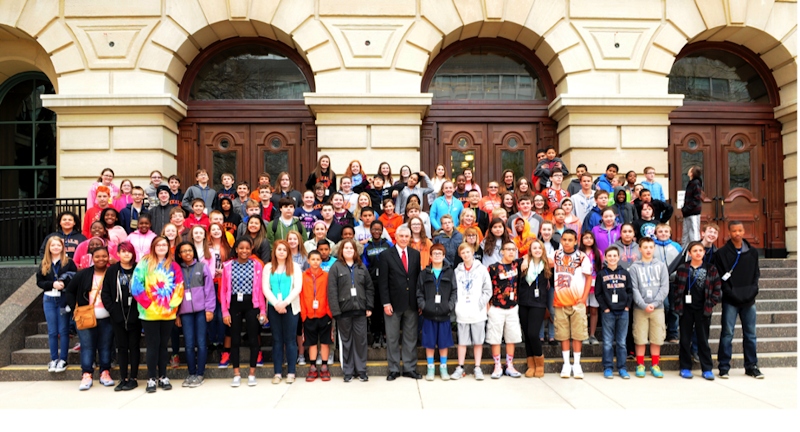 Clinton Rosette Middle School in DeKalb visited Springfield last Friday as part of their civic education course. I will return the visit–to their classroom–to discuss their impressions of the legislative process.

Budget Discussions with the Governor
The five House appropriation committees have been meeting for weeks to discuss the FY2016 budget, but topics and witnesses have only dealt with the impact of cutting certain programs and agency budgets. This week the Governor will try to refocus the discussion toward priorities in spending available revenue with the Budget Oversight Panel.
The panel is a new 13 member committee comprised of just spokespersons from each party on each of the appropriation committees, the Revenue and Finance Committee, and the majority party leader. As Republican spokesperson on the Appropriation Elementary and Secondary Education Committee, I have been appointed to the panel.

Perhaps with a smaller group there can be more focused discussions. In past years the spokespersons on the budget working groups have determined a revenue number, subtracted required “off-the-top” expenditures, and then allocated a share of the balance to each of the five appropriation committees.
Using current estimates of revenue ($32 billion) and a maintenance budget from last year ($38.2 billion) results in a budget hole of $6.2 billion. As I have mentioned before, I believe the FY2016 budget solution should follow the formula of the just completed FY2015 supplemental budget—spending reductions, reforms and some additional revenue.