The gridlock over a FY2016 budget may be breaking.  Partial funding for higher education and a similar proposal for human service providers received legislative support last week.  SB2059 providing about $600 million in stop gap funding for higher education was approved last week by both chambers and signed by the Governor.  Comptroller Munger indicates she will process checks immediately for colleges, universities, MAP grants for students and funding for the Math and Science Academy (IMSA).

The Senate approved a bill to provide about $400 million for human service programs and House members will meet this week to finalize the bipartisan agreement. 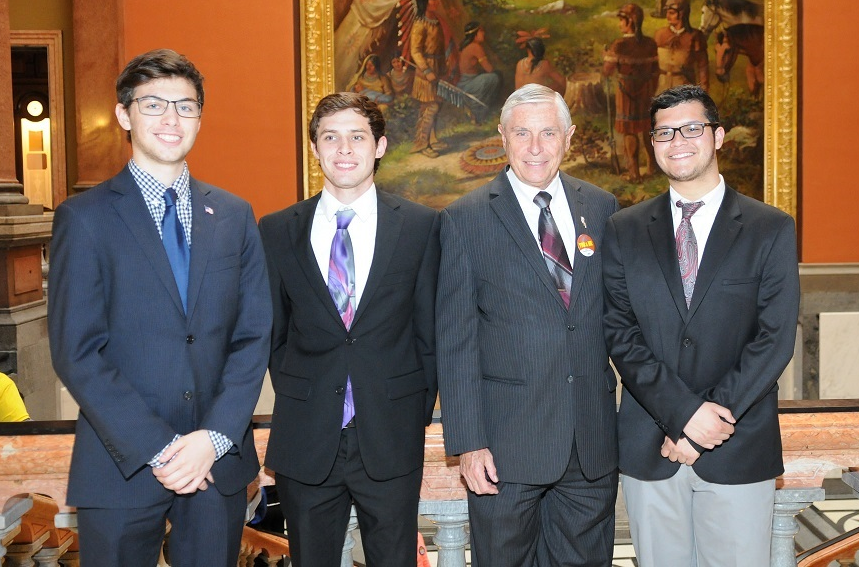 Apparently the unrelenting rallies and pressure from groups cut out of FY2016 spending have had their effect on the budgeting process.  Legislators pressured the Governor and Speaker of the House to put aside their personal agendas and allow stop gap funding for providers.  Court orders, consent decrees and continuing appropriations have allowed all of state general revenue to flow to about 95 percent of state programs.  Over the past 10 months of the budget year, the balance of providers funded last year have had to cut programs, lay off staff, use reserves and take out loans to get by.

With these programs at the breaking point, the state leaders jumped at the suggestion of a legislator to use other state funds intended for education and human service assistance for stop gap funding.  These funds were created by a small set- aside in the 5 percent income tax of 2011.

The legislature must still provide about $2 to 3 billion in funding for FY2016 programs and develop a FY2017 budget in the next 23 days or go into overtime session.

The Illinois Department of Revenue announced it has found a $168 million error in the way 2013 corporate taxes were spent and it wants the money back.  Illinois corporations pay both corporate income taxes and corporate personal property replacement taxes (CPPRT).  Apparently some of the income tax money was deposited in the CPPRT account and distributed to about 6,500 local units of government.

The error was discovered because of a recent tax system modernization initiative.  Overpayment amounts are generally less than $10,000, but 10 taxing districts were overpaid by more than $1 million, including the City of Chicago, which was overpaid $19.4 million.  In Boone County 6 entities received over $10,000, in DeKalb County 13 entities and in Kane County 27.  You can see the amounts owed by local taxing districts at the IDOR website.

The Governor’s office is working on a plan to recover the money over several years perhaps by withholding amounts from future CPPRT payments.  Reportedly they are not considering any interest charges for use of the money.

Each year numerous constitutional amendments are introduced in hopes that both chambers will pass the same language by a three-fifths vote.  Usually the legislative leaders modify the bill so that members can say they are for the amendment but since it differs from the other chamber’s bill, the amendment fails to qualify for the ballot in November.

Here are a few of the amendments that were debated in the House last week.  To qualify for the ballot, the amendments must pass both chambers by May 9.

HJRCA 5 would eliminate the office of the Lieutenant Governor beginning in 2019.  It would change gubernatorial succession such that the Attorney General would take over the governorship should the office become vacant.  The Lt. Governor’s office has limited official responsibilities and its elimination would save taxpayers around $1.6 million a year. It passed the House on Friday, but the Senate debated its own version the day before and it failed to gain the necessary support amid concerns that succession could fall to a member of the opposite party.

HJRCA 26, dubbed the “Millionaire’s Tax” failed to garner the necessary support to pass the House.

HJRCA 36 protects money set aside for transportation from being used for other purposes.  The amendment passed the House on Friday.

HJRCA 57 provides: that education is a fundamental right, the state has a paramount duty to provide a thorough and efficient system of education and that the state has the preponderant financial responsibility for financing education.  It could be presented for a vote when the legislature returns to Springfield.

HJRCA 58 reforms the redistricting process that occurs every 10 years by removing the General Assembly and the governor from the process of drawing legislative maps.  Instead, an eight-member independent commission appointed by the Illinois Supreme Court would be in charge of drawing the state House and Senate districts.  A vote has not been scheduled.  This amendment is similar to the Independent Maps effort that is currently trying to secure enough petition signatures to get on the November ballot.  The Senate passed a slightly different constitutional amendment keeping lawmakers largely in control of mapping.

HJRCA 59 would allow for a graduated income tax in Illinois but does not set the rates.  It awaits a vote in the House.

Many Bills Passed by the Friday Deadline

HB 6167 expands the democratic process to allow 17-year-olds (who will be 18 by the general election) to sign and circulate petitions, vote in primary and local elections and serve as election judges.

HB5566 creates a working group within the P-20 Council to focus on tuition, financial aid, and other issues related to keeping higher education affordable in Illinois.

HB 5576 expands insurance coverage for birth control by codifying in statute what is already required by the federal Affordable Care Act.

HB5684 requires local units of government to disclose significant raises to an employee’s salary just before retirement that would have an effect on the employee’s pension.

HB5973 will help inmates who undergo rehabilitation and training in various fields, such as barbering and cosmetology, to obtain the necessary state licenses upon release.

HB 6037 allows the degree of mental illness of criminal defendants to be considered in sentencing.  This is one of many pieces of legislation to reduce both overcrowding in our prisons and incarceration due to mental illness.

The House is not in session this week in observance of Passover.  We return to Springfield on May 3rd to begin hearings and debate on Senate bills.

SkillsUSA Illinois brought over 2,000 students, teachers, and businesses to Springfield over the weekend for their 52nd Annual State Leadership and Skills Conference.  Many students from my district attended the event and over 15 students from the area will be competing in the national competition in Louisville, KY this summer.

SkillsUSA is a national nonprofit organization that works to ensure a skilled workforce and provide services to teachers and students who are preparing for careers in trade, technical and skilled service occupations.

The conference features students competing in tasks in their field of study such as construction, criminal justice, commercial baking, digital media, emergency medical technician and firefighting. 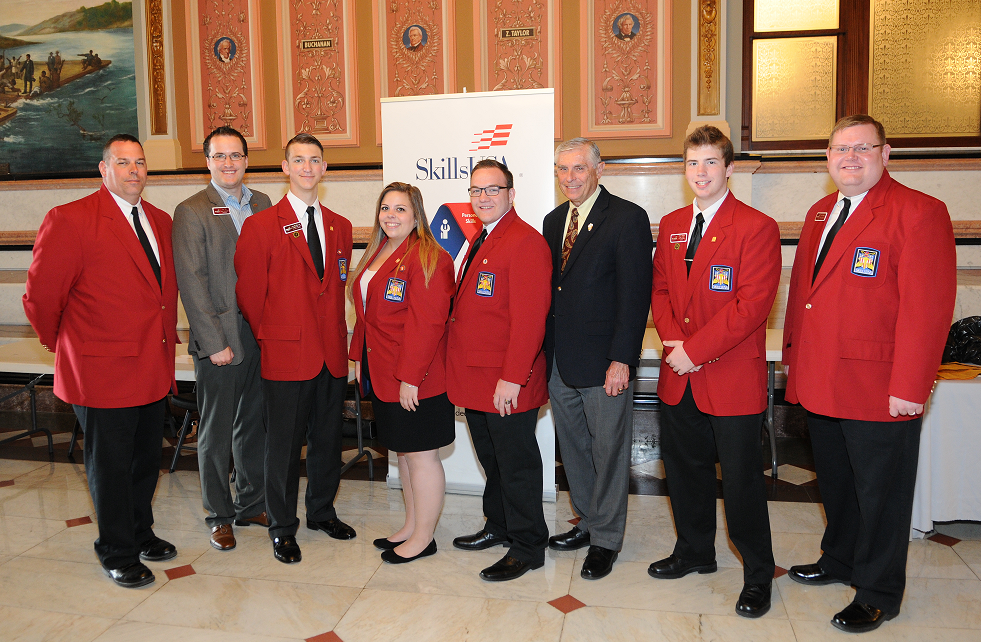 Dump Rauner and get to work on passing a budget. The millions given to education was putting a band aid on a gaping wound.

Vote yes or no . Not present or excused!