May 26, 2015
In This Issue:
➢ Did You Take Time to Remember?
➢ IDOT’s 6-Year Plan
➢ Madigan’s Millionaire Tax
➢ Continued Battle of Leadership
➢ A Tough Budget Solution
➢ A Closer Look at the Lives of U.S. Presidents

Did you Take Time to Remember? 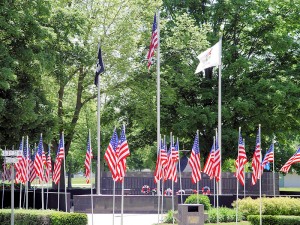 Memorial Day has been turned into a three-day holiday often considered the unofficial start to summer, outdoor cooking, and lawn parties. Until 1971, this holiday was always on May 30. It was intended as a solemn time to honor those who died in the service of their country and to decorate their graves. Communities in our area still offer parades, organize ceremonies and place flags on the military graves to help us remember.
In a democracy we are taught that each person has an obligation to protect and preserve the freedoms we enjoy. Many people have historically done that through military service, but today a growing number of citizens are unable to join the military. The Defense Department estimates that 71 percent of young Americans ages 17-24 wouldn’t qualify for the military. Obesity is the single biggest reason that potential recruits are being turned away; 31 percent of young adults are too overweight to qualify.
Education is another factor with 14 percent of Illinois applicants not graduating from high school and a quarter of Illinois high-school graduates unable to pass the military’s entrance exam. Other reasons for rejection include tattoos in highly visible places, drug use, or felony convictions.
For these reasons, those charged with our national security are focusing on preschool classrooms. There is growing evidence that kids who participate in high quality preschool are more likely to graduate from high school, are less likely to commit crimes, and are less overweight. 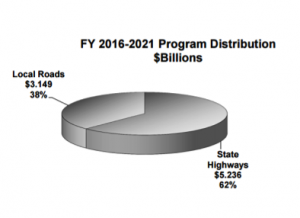 The Illinois Department of Transportation (IDOT) has announced a six year proposed Multi-Modal Transportation Improvement Program. The program has an anticipated spending level of just over $8 billion dollars with $5 billion going to improvements to the state highway system and $3 billion to the local highway system. The majority of the money will be used for road and bridge maintenance. The money is being provided mostly by federal highway funds, but also through Illinois gas taxes, vehicle registration fees, and the consolidation of transportation programs. 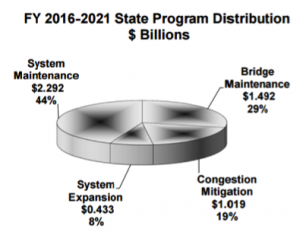 The plan allocates just over $23 million to the 70th district, impacting 42 miles of road. Today, 83 percent of Illinois’ state highway system and 93 percent of its bridges are in acceptable condition. However, IDOT estimates that by FY 2021 those percentages will drop to 62 percent and 86 percent, respectively.

Madigan’s Millionaire Tax
This past week the House debated HJRCA 26, a constitutional amendment to add a 3 percent surcharge on income earned over $1 million dollars. I take issue with the specific proposal we were given for a number of reasons.
The amendment was promoted as a measure to help our schools just like how the state lottery law was promoted. Nothing in the amendment assures that tax revenue for education will be in addition to what the state already spends. As we now know, revenue from the lottery was added to the common school fund, but the legislature reduced the amount of money it had been putting into schools so it could fund other state programs.
Further, the amendment proposes to distribute the revenue on a per pupil basis, not on a basis of student need. The legislature has been talking for years about changing the way school funding is distributed to help those districts with the greatest student needs and lowest local property wealth to fund education. Some districts invest well over $25,000 per student while other districts invest less than $7,000 per student; this amendment would just continue that disparity.
Finally, I believe that stating a specific income level in the constitution that seems high today may be a middle income over time due to inflation. An income of $164,000 in 1970, when the constitution was adopted, is the equivalent of $1 million today due to inflation. The tax would also apply to 71 percent of small businesses who file their taxes as individuals.
While studies do not clearly show that higher taxes drive out businesses and the jobs with them, we should consider what happened in New Jersey. When that state raised taxes on the “rich” in 2004, over the next 7 years they saw a cumulative loss of 20,000 taxpayers and $2.5 billion drop in annual state income. We shouldn’t be trying to solve our fiscal problems by starting class warfare; collectively we have created a problem and together we should be fixing it.

Continued Battle of Leadership
As I have previously mentioned, our state is witnessing not gridlock in Springfield, but rather a battle of leadership between the new Governor and long-time Speaker of the House. Citizens elected Governor Rauner to “turnaround” our state fiscally and create more job opportunities. Faced with a legislature controlled by the other political party, Governor Rauner proposed broad ideas and chose to negotiate detailed legislation with the legislature.
The Governor formed “working groups” of members in the House and Senate who have been meeting for weeks, but it became crystal clear last week that Speaker Madigan was having nothing to do with changing the direction of our state. All of the Governor’s ideas were being rejected by Speaker Madigan. 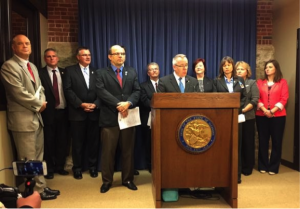 Consequently, Governor Rauner on Friday filed several pieces of legislation relating to his Turnaround Agenda. The five bills reflect compromises and concerns raised in the working groups. One of the bills includes reforms to tort laws limiting venue shopping by lawyers. There are reforms to workers compensation for injuries. One bill freezes property taxes on all units of government including home rule units. Two bills are amendments to the constitution instituting term limits and how the state is redistricted, and another bill allows a unit of local government to seek Chapter 9 bankruptcy protection after attempting to find a solution through a neutrally guided process.
The Speaker has the next move in this chess game of politics and I expect him to block the bills from receiving any serious committee hearings or legislative action.
New Republican members of the legislature held a press conference on Thursday calling for term limits. House Republicans have filed four separate constitutional amendments aimed at imposing term limits of varying degrees. On Friday, Governor Rauner filed his own amendment limiting legislators to a total of 10 years and executive officials to 8 years.

A Tough Budget Solution
The Civic Federation of Chicago was yet another group testifying in the House last week with budget recommendations from their FY2016 Budget Roadmap released a month ago. They were very clear that both political parties need to stop budgeting with savings that are unlikely to be achieved and unrealistically low cost estimates. The group encouraged urgent action by the legislature to avoid dropping off the fiscal cliff.
Their recommendations included controlling spending growth to the rate of inflation, avoiding additional borrowing, and putting an end to unethical fund sweeps. They too said the state will only get out of its fiscal hole with new revenue. The Civic Federation proposed expanding the sales tax base to include services, bringing the income tax up to 4.25% and 6% for individuals and corporations respectively, and taxing some retirement income. Other proposals included a temporary elimination of the sales tax exemption for food and non-prescription drugs, and expanding the earned income tax credit to help low income residents.
I fully expect the Speaker to introduce appropriation bills this week ignoring a bipartisan process and the suggestions of the various groups who have testified. We should look to see if the budget reflects estimates of real revenue and expenses or, like past budgets, continues to overspend available revenue.
Governor Rauner is proposing legislation that would put Illinois on a path to eliminate its backlog of overdue bills over the next few years. He is also proposing to close the loophole that allows the state to pay bills from one fiscal year in the next fiscal year.

A Closer Look at the Lives of U.S. Presidents 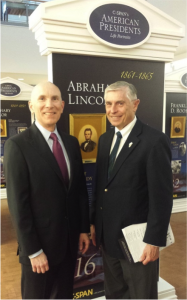 The Lincoln Presidential Library in Springfield opened a new exhibit last week featuring the lives of U.S. Presidents. The display runs through July 7 and would make a great stop on a quick vacation. The static exhibit was taken from a series of TV documentaries produced by C-Span cable network. I had a chance to visit with Robert Kennedy (left), Vice President of C-Span and a native of Springfield. As one of the individuals responsible for producing the series he explained that each program in the series drew upon local historians and experts on each President. C-Span is planning a follow-up series on each of the First Ladies. You can still view the TV series on the Lives of U.S. Presidents online at CSPAN.

As always you are invited to share your views with me. Have a great week.