What passed the General Assembly over the weekend was a balanced budget for FY2018 that included supplemental spending for FY2017 and a method to pay a portion of the state’s $14.3 billion of unpaid bills.  The budget relies on increasing income taxes to 4.95 percent for individuals and 7 percent for corporation, but does not include any proposed new program spending, expanded sales taxes, new gaming revenues or taxes on satellite entertainment.

My vote in support of the revenue and spending bills came from a basic conclusion that our state needs a balanced budget that stops the insane overspending, failure to pay our bills, and lack of stability.  It would have been easy to oppose the tax increase but I saw no other solution to solving our fiscal issues.

People have been asking for months if I was frustrated with the gridlock and failure to pass a budget.  I have been patient because there were lots of ongoing discussions with agreements over reforms, spending reductions and revenue.  Facing the start of our third year without a budget in my view was unacceptable.  It was time to vote on the bipartisan agreements that had been made.

Our state has been overspending available revenue for years.  When the temporary income tax ended in 2015, spending continued at the FY2015 level primarily due to court orders, consent decrees and continuing appropriations.  Without a budget, the state couldn’t seek court relief from spending nor could revenue be expanded.

I believe reaching a balanced budget will bring stability and predictability for families and our economy.  Businesses have often told me they want the state to be fiscally responsible and have a stable tax structure.  The fact the state will now pay down old bills means small businesses and organizations that provide goods and services to the state will receive the billions of dollars owed them.  They can also plan on what their taxes will be and be less concerned about a much larger tax increase.

The spending bill (SB6) cut general revenue spending by nearly $3 billion through across the board cuts of 5 percent to most operating lines and 10 percent cuts for colleges and universities.  Changes to the pension system cut an additional $500 million.

General Services appropriations fully fund the group health insurance program, include cuts of 10 percent to the Governor and Lt. Governor, and pay court reporters out of local unit of government funding (PPRT) rather than state general revenue.  Funding was included for Soil and Water Conservation staff and programs.

The budget included re-appropriations for some capital projects approved in 2009 which include remaining funding to complete Stephens Hall at Northern Illinois University and the DeKalb Public Library expansion.

The Value of Special Sessions

There has been lots of criticism about the Governor calling the legislature back into session and being almost invisible during those 12 days.  One could predict—based upon past years—that Speaker Madigan would call the House to order and then promptly adjourn it.  You could also have expected Committee of the Whole discussions on topics already thoroughly debated in committee.  There are rarely surprises in the House.

While one could conclude this was a waste of time and taxpayer dollars, it did bring legislators together to discuss how things were back in their districts.  How angry voters were.  Assess the damage that was being done by the gridlock over a budget, spending cuts and reforms to invigorate our economy.  For those who have been tone deaf or paralyzed by political posturing, it was a wake-up call.

I have been saying for months that citizens must pressure their legislators and state leaders that Illinois can’t survive a third year without a budget.  We can’t continue building credit card debt and putting at risk the viability of our universities, elementary schools, and non-profit organizations that deliver services for the state.  There needed to be pressure.

That pressure was evident last week.  It moved legislators to talk amongst themselves about compromise that would break the gridlock.  Sure, there were a few ready to hold out for their goals; “we are oh so close to winning.”  Citizens have had enough.  Providers have had enough.  Credit rating services have had enough.  The special sessions helped reveal reality and created the urgency needed for action.

The fact the Governor stayed in the background during the discussions was a blessing.  He has been clear and unbending in his budget parameters, and reforms.  They served as goal posts in negotiations.  The budget contains spending cuts and balances spending and revenue at levels below his proposed budget in February.  Bills containing reforms are alive and still being negotiated; many will be brought to a vote.  The Governor should consider the Special Sessions were a success and are moving the state in the right direction. 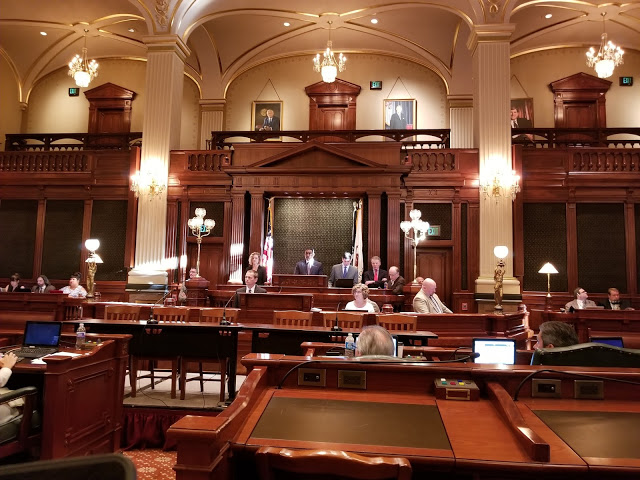 Dozens of bills were approved during the “regular sessions” that followed each “special session.”  The bills basically concurred with changes made in the other chamber.  Two items deserve note in that they prevent stopping services and programs that expired at the end of the fiscal year.

The first was continuing the Economic Development for a Growing Economy Tax Credit (EDGE).  The program encourages companies to locate or expand their operations in Illinois when there is active competition for them to move to another state.  HB162 was passed to extend the EDGE program for 5 years while making improvements to the program.

Senate Bill 1839 ensures continuation of critical 9-1-1 service, raises taxes to upgrade equipment and allows AT&T to upgrade its services.  The bill received an amendatory veto by the Governor because of the size of the tax increase but the veto was over-ridden by the legislature.  While the tax increase per phone went from 87 cents to $1.50 per month in our area, the increase will be used to upgrade equipment so the centers can receive all types of messages and continue to operate the centers.  Inaction on the over-ride would have ended funding to keep 9-1-1 centers operating. 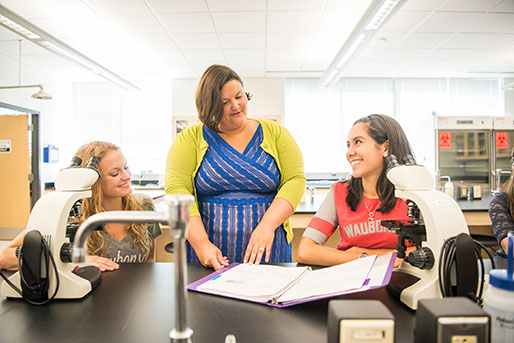 Students at Waubonsee Community College appreciate Associate Professor of Biology Dani DuCharme’s teaching skills and named her the college’s 2016 Outstanding Faculty Member.  Her peers from around the country added their praise by awarding her the National Institute for Staff and Organizational (NISOD) Excellence Award.  NISOD is a membership organization dedicated to promoting excellence in teaching, learning and leadership at technical and community colleges.

DuCharme began working as a full-time instructor at Waubonsee in 2007.  Since then, she has earned a reputation as an expert in her field and an advocate for innovative teaching in science, biology and STEM.

Remember Why We Celebrate 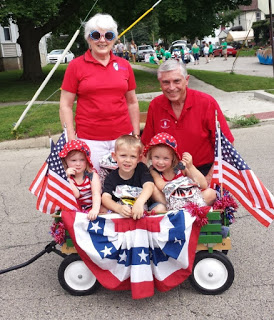 Over this extended July 4th weekend, there will be lots of picnics, ball games and fireworks.  I look forward to the annual Kirkland celebration and parade.  If I am lucky, my grandkids will join Mary and me as they did before.

While we celebrate and enjoy the fireworks, remember what this is all about and how we got here.  Our nation had to fight for our freedoms and the fireworks remind us of the battles.  The colors of our flag represent the loyalty and purity of our cause and the blood shed by service members to defend those freedoms.

In a few days we will be reminded of those men and women who gave their all during the Vietnam War.  The Traveling Vietnam War Memorial Wall will stop at the Sycamore park from July 13-16 and display the names of the over 58,000 soldiers killed during the Vietnam War including 19 from DeKalb County.  The traveling memorial is a replica of the one in Washington, D.C. so more of us have an opportunity to view it.  Take the time to stop by and remember the price of our freedom. 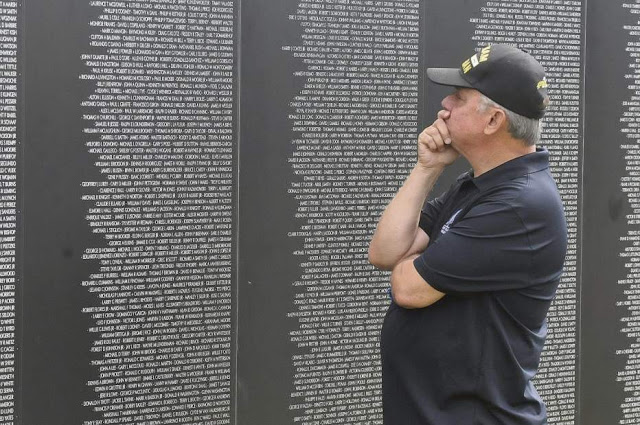