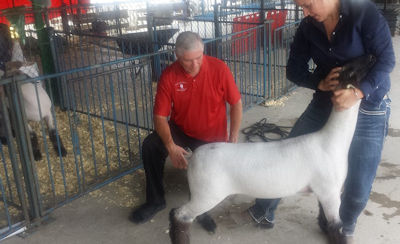 One of the grand champion market lambs entered by Elena Halverson, DeKalb 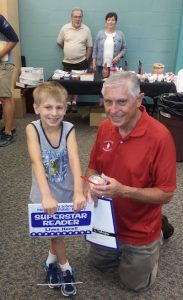 Summer Readers Rewarded
Each year I join community libraries in encouraging youth to continue developing their reading skills over the summer vacation.  Few things are more important to doing well in school than the ability to read and comprehend.
Those young readers in first through fifth grade who read 8 or more books over the summer are invited to my reading parties as well as the libraries’ party.  Readers in the Hampshire area were treated to ice cream as a part of the party over the weekend.  Future parties will be held at libraries in Hinckley and Big Rock on August 6, Sycamore on August 11 and DeKalb onAugust 13.