Pension Discussions Progress Despite Distractions
The General Assembly Conference Committee to draft pension reform continues to make some progress despite distractions by the Governor and a law suit filed by General Assembly leaders. The committee could be working harder but finding fair, legal changes to benefits that reduce annual state pension payments and perpetuate the pension system will take time.

Rather than participate in the committee discussions, the Governor threw a wrench into the process by vetoing a portion of the state budget containing legislator salaries. Now you may agree that legislators are overpaid and that pension reform is taking too long, but the Governor should show more productive leadership toward a solution.

In the law suit filed by Speaker Madigan and Senate President Cullerton in the Circuit Court of Cook County, the leaders argued that Quinn’s veto of legislative salaries violated the separation of powers between the executive and legislative branches of Illinois government. They are asking that the court overturn the governor’s veto and are also asking for an injunction that would order the Comptroller to pay salaries.

This case is similar to one filed in 2004 when Governor Blagojevich tried to cut cost-of- living adjustments for judges but was rejected in court. In the current situation, the legislature could simply overturn the veto but that is a very political action that could be unpopular with voters in an approaching election year.

I fear the Governor’s action will set a very dangerous precedent that can be used to coerce the legislature toward action whenever the Governor feels there is a “crisis.” 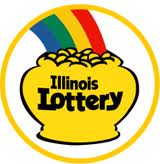 For the fiscal year than ended on June 30, the Illinois Lottery reported record sales and profits. According to Jen Acker, the Illinois Lottery’s Deputy Chief of Staff, the lottery generated sales of $2.8 billion, and contributed a record $793.5 million to lottery-supported causes last year. The contributions included $655.6 million to the Common School Fund, $135 million to the Capital Projects Fund, and $2.92 million which was split between four specialty causes: Illinois Veterans, the fight against breast cancer, Multiple Sclerosis research, and assistance for people living with HIV/AIDS.

Time to Review Truth in Tuition Law
It was ten years ago in July that Governor Rod Blagojevich signed a bill into law which created a “Truth-in-Tuition” plan and froze tuition rates for each class of students at state universities. By freezing tuition costs it was thought that families could better plan for the overall cost of their child’s college education.

When he signed that bill, Blagojevich said it would help make college more affordable for Illinois families as well. Ten years later, I believe we can conclude that goal was not achieved. Tuition costs have well exceeded the rate of inflation and at some universities more than doubled in the decade.

President Obama announced recently that he will soon unveil a plan to reform higher education costs, saying “I will lay out an aggressive strategy to shake up the system, tackle rising costs, and improve value for middle-class students and their families. Families and taxpayers can’t just keep paying more and more into an undisciplined system where costs just keep on going up and up.”

What the President didn’t mention was that state support for higher education has remained flat or dropped significantly over the past decade which has forced tuitions higher with each freshman class. In Illinois, the Board of Higher Education reports state funding for colleges and universities in fiscal year 2011 was at the same level as they received in 1999. In 1996 the state paid about 76 percent of the cost of higher education but today that support has dropped to about 20 percent for some universities.

While the legislature may not feel it can allocate significantly more revenue to higher education, there are ways that the cost of a college degree can be lowered. I recently attended a state conference on college completion that discussed these ways high schools and community colleges can speed up the time to degree, reduce the cost of a college education and graduate more students.

Elgin Community College faculty work with high school faculty in their district to align courses so high school students are ready for college and don’t have to waste time and money taking non-credit bearing remedial courses. Then too high schools can work with community colleges on dual credit or dual enrollment courses. I heard of students graduating from high school with 15 to 30 units of college credit.

Belvidere high school students have a choice of attending Rock Valley Community College during their junior and senior years of high school. Many students graduate from high school with two degrees-high school and an associate degree from the college. West Aurora by 2017 plans to offer its students courses that lead to an Associate’s Degree all at the high school. 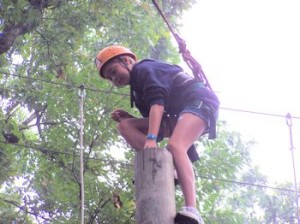 Last week more than 90 teenagers from Illinois and other nearby states attended Diabetes Camp at Camp Duncan in Ingleside, IL. With a camper-to-medical staff ratio of one doctor or nurse per every 10 campers, the teens were able to enjoy a full, seven-day camp experience in a safe environment, while bonding and sharing stories with other teens who have diabetes. I am a member of the Illinois Diabetes Caucus, and in the spring we hosted a fundraiser where we raised money to create scholarships for Camp Duncan. The camp staff does tremendous work with the teens, and campers enjoyed climbing walls, zip lines, basketball, lacrosse, swimming and all kinds of other activities.

In July, the Governor signed two bills into law which will improve public awareness of Type I and Type Icamp duncan 2I diabetes. HB1815, now known as Public Act 98-0096, creates a special diabetes awareness license plate in Illinois. Those wishing to support diabetes research and treatment can purchase this $40 specialty plate from which $25 will be transferred to the Diabetes Research Check off Fund.

HB2199, now known as Public Act 98-0097, mandates the creation of a biennial report to be submitted to the General Assembly by the State Diabetes Commission. The reports will list the number of Illinois residents with diabetes, the financial impact of diabetes upon the Illinois economy, and the costs and benefits of diabetes education and prevention measures.

The ACA requires the establishment of a Health Insurance Exchange in each state to provide easy one-stop comparison shopping for insurance for consumers and small businesses. Exchanges are an online marketplace where consumers can purchase insurance if they do not already receive it from an employer, or from a public plan such as Medicare, Medicaid, or the military. 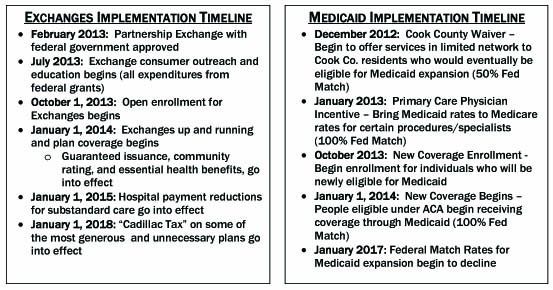 The Exchange will allow residents to purchase qualified health plans (QHPs) through a single portal that handles eligibility, plan comparison, and enrollment. Individuals with incomes below 138 percent of the Federal Poverty Level (FPL) will be directed to Medicaid coverage. Individuals with incomes between 138 and 400 per cent FPL will be directed into private insurance plans and receive financial help with premiums. Open enrollment for the exchange begins on October 1.

How Did States Create Jobs?
Nearly everyone wants to grow jobs and stimulate the economy but what works and what is a waste of tax money? That was the question posed to legislators from across the Midwest at a recent legislative conference I attended. The toolbox of incentives, not surprisingly, includes tax breaks to businesses, worker-training programs, loans, and infrastructure improvements.

While Republican-led states tend to favor cutting business taxes and government red tape, Democratic-led states spend public money on roads, schools, hospitals and parks to create (short-term) construction jobs. Several surrounding states to Illinois are having success encouraging businesses to locate and expand in their state by reducing the corporate income tax, demonstrating good fiscal management and working with the business to reduce their costs of doing business in their state.

Many felt businesses aren’t looking for state handouts but they will take them if offered. States need safeguards or “claw-back provisions” to reclaim the grant if the business doesn’t live up to its job creation quota.

I concluded from the discussion that the best things Illinois can do is get control of its spending, pay its bills and create tax stability. We have good natural resources, transportation and workforce but we need to create a climate where businesses can and are willing to invest in jobs.

Last Month’s Story on the Graduated Income Tax Contained an Error
In the story about Republican leaders denouncing plans for a graduated income tax in last month’s Perspective newsletter, I incorrectly attributed the source of some information.

I said the non-partisan legislative Commission on Government Forecasting and Accountability (COGFA) concludes a graduated income tax would raise taxes for most middle-class taxpayers. Actually the Illinois Policy Institute made the conclusion based upon calculations from data provided by COGFA. Please accept my apology for the error.

Join Me for Lemonade and Conversation
This fall I am continuing my visits to communities in the district to discuss issues and listen to your opinions and comments. I hope you’ll join me for a glass of lemonade and conversation at one of the following community events.

I hope to see you at the Boone County Fair this week!