The announcement on October 15, 2018 that Sears was filing for bankruptcy confused many customers of the Sears Hometown Store in DeKalb, IL. People assumed that their local Sears store would soon be closing its doors.

Now, with the news that the Sears anchor store in CherryVale Mall will be closing in March, Sears Hometown Store DeKalb/Sycamore once again wants to get a message out to the community.

“We’re not closing. We don’t plan on going anywhere,” said Valentin Maldonado, who has been the General Manager of the Sears Hometown Store in DeKalb for over a year. 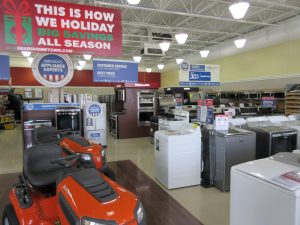 Even though Sears Hometown Stores maintain the “Sears” name, most are independently owned and operated and are NOT a part of the bankruptcy filed by Sears Holdings Corporation.

Sears Hometown and Outlet Stores Inc., which is headquartered in Hoffman Estates, IL, was spun off from Sears Holdings in 2012 and has four subsidiary store formats: Sears Hometown, Sears Outlet, Sears Hardware and Appliance, and Sears Home Appliance Showrooms.

Sears Hometown has established relationships with Maytag, Kenmore, KitchenAide and other appliance manufacturers. The only thing they still relied on from their former parent company was their inventory system, but they recently completed a systems upgrade so that they are now completely separate in all of their operations. 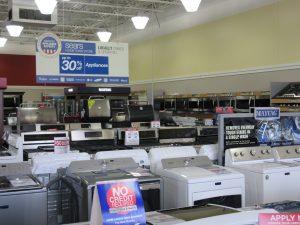 According to Maldonado, it remains business as usual at the Sears Hometown Store of DeKalb/Sycamore—and business is going great. The showroom, which opened in its current location at 2359 Sycamore Road in DeKalb ten years ago is the #1 store in their region.

“Customer satisfaction, sales…we pretty much hit every metric that’s been set up by the company since I’ve been here,” said Maldonado. 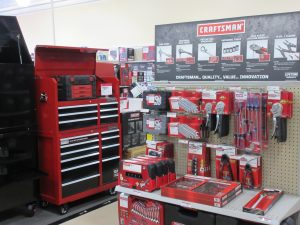 Maldonado has managed the DeKalb Sears Hometown Store for 16 months. He has many years experience in management and retail. He most recently ran the Radio Shack in Rockford. He also did deliveries for Aaron’s Appliances. Before that, he was in charge of a landscaping company for 25 years. He was also the head ramrod of a oil refinery for 10 years, and led a welding firm to 10 years.

Maldonado said that what he enjoys most is having a positive impact on the relationships with his customers and his employees. That’s a good thing, because their business at Sears Hometown is built around delivering great customer service. “We have the best installation team and best delivery team that I could find in this area,” said Maldonado. 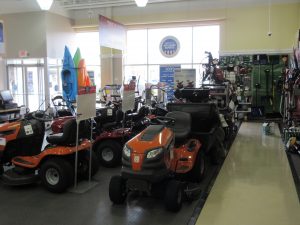 Getting great customer service doesn’t mean you have to pay more, though. Sears Hometown DeKalb/Sycamore will price match any brick and mortar store and cover your purchase completely. Said Maldonado, “If we can’t fix it, we’ll replace it.”

Coming from Rockford, Maldonado feels more at ease in the small-town setting of his current store. He said that DeKalb is noticeably safer and friendlier. “I love this town,” said Maldonado. “DeKalb is awesome!”

We just purchased a new vacuum cleaner at the DeKalb store last Thursday. It was actually a bit more expensive on Amazon, so we shopped locally and didn’t have to wait for shipping!

I had a dryer fire this year, it was a Kenmore dryer. I called Sears customer service, and several other stores had a horrible response, I just wanted to warn people this could happen with the electrical panel. I called this location and Valentin treated it very seriously, I brought in the part and he figured out what went wrong and reported it to his district manager. We couldn’t fix the dryer, but we ended up buying a new one from Valentin because of his treatment of us. I would send anyone there to purchase an appliance, they are great!