September is National Suicide Prevention Month. Experts say suicide is the 10th leading cause of death in the United States. About 90% of suicide victims had an underlying mental health issue and many who choose to end their lives spent their final moments suffering in silence. Former Rhode Island Congressman Patrick Kennedy is a spokesman for the American Psychiatric Association. “Mental health effects your whole body, and you really can’t treat anything else if you’re not also treating your mental health,” Kennedy says. The APA is trying to encourage Americans to join the fight so people who are diagnosed with mental illness and substance disorders are treated fairly. 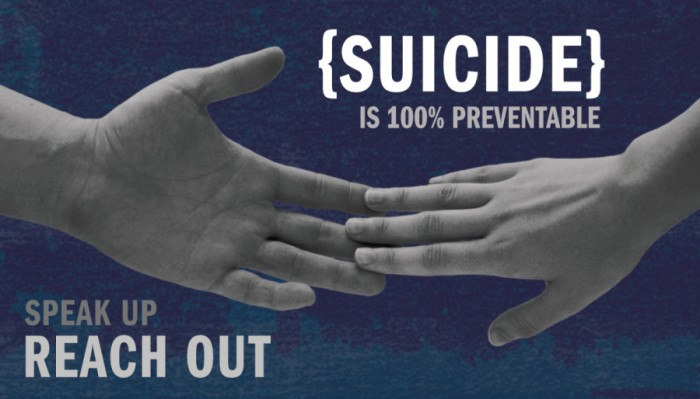 Suicide is a major public health concern. Every year in the United States, more than 36,000 individuals die by suicide, hundreds of thousands attempt suicide, and millions of friends and loved ones are affected. Yet, suicide is preventable. Knowing the risk factors for suicide and who is at risk can help reduce the suicide rate.

In some  cases, a sudden catastrophic event, failure, or humiliation like a home foreclosure or job loss can leave people feeling desperate, profoundly depressed, and unable to see a way out. Factors that can contribute to suicide include:

Pre-existing depression
Depression and other mental disorders or a substance-abuse disorder (often in combination with other mental disorders). More than 90 percent of people who die by suicide have these risk factors.The individual may have been depressed a long time, and what appears to be financial calamity puts him or her over the edge.

Self definition
If a person defines his or her value by job or financial status, this individual may be vulnerable.

If someone indicates they are considering suicide, listen and take their concerns seriously. Don’t be afraid to ask questions about their plans. Let them know you care, and they are not alone. Encourage them to seek help immediately from a knowledgeable professional. Don’t leave them alone.

If you need help, please call see the Resources listed below: