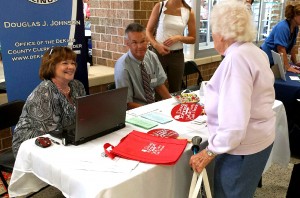 Editor’s Note: We encourage all candidates to submit their campaign press releases to our website.