The Green Lens film series returns to DeKalb in 2019 with four documentaries about social and environmental issues. The films will be shown free of charge at 7 p.m. at the Egyptian Theatre on Thursdays beginning on January 31. Donations are welcome.

Audience members are invited to stay after the films for discussions with NIU film scholar Jeff Chown and other NIU faculty and guests.

January 31 – “DARK MONEY,” a political thriller, examines one of the greatest present threats to American democracy: the influence of untraceable corporate money on our elections and elected officials. The film takes viewers to Montana–a front line in the fight to preserve fair elections nationwide–to follow an intrepid local journalist working to expose the real-life impact of the US Supreme Court’s Citizens United decision. Through this gripping story, DARK MONEY uncovers the shocking and vital truth of how American elections are bought and sold. This Sundance award-winning documentary is directed/produced by Kimberly Reed (PRODIGAL SONS) and produced by Katy Chevigny (E-TEAM). 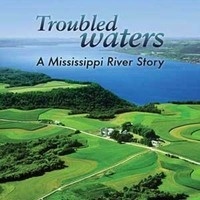 February 7 – “TROUBLED WATERS: A MISSISSIPPI RIVER STORY.” The Emmy Award-winning documentary tells the story of the unintended yet severe consequences of farming along the Mississippi, and the efforts being taken to reverse this damage. America’s heartland boasts some of the world’s most productive farmland, but this bounty has come with a price. Excess crop fertilizers are contaminating the nation’s rivers, lakes and aquifers, while at the same time precious soil is washing away.

February 21 – “CHESHIRE, OHIO.” A gun toting 83-year old woman refuses to sell her house to the power plant next door but the plant has moved ahead their 20 million dollar deal to buy out most of Cheshire and bulldoze all the homes. What happened in this Ohio River town overrun by one of the largest coal-fired power plants in the world? A story of money, power, corporate dominance of American life and the increasingly difficult choices we face surrounding the environment, Cheshire, Ohio makes us think twice about home. 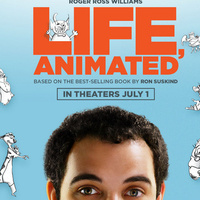 February 28 – “LIFE ANIMATED.” Owen Suskind was a boy of considerable promise, until he developed autism at the age of 3. As Owen withdrew into his silent state, his parents almost lost hope that he find some way to interact with his world in some meaningful way. However, that way was found through animated films, especially those of the Walt Disney Company, which provided Owen a way to understand the world through its stories to the point of creating his own. This film covers the life of Owen and how he manages to become as functional as possible with the help of Disney and his family to the point of having his own life. However, Owen soon learns as well that there is more to real life than what Disney can illustrate in animation even as his family prepares itself for an uncertain future with him.

The Egyptian Theatre is at 135 N. 2nd Street in DeKalb. Free parking is available near the theatre.

The Green Lens Environmental and Social Justice Film Series is sponsored by DeKalb’s Tapa La Luna Restaurant and the NIU Department of Communication Studies, with logistical support provided by the Egyptian Theatre and DeKalb Stands, an Indivisible group.