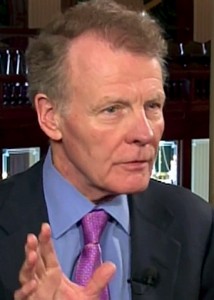 As Illinois legislators head back to Springfield, tomorrow will mark House members’ last chance to stop a pay raise worth more than $1350 before they get paid Friday, July 31.

House Bill 4225 would stop the pay raises, but Speaker Madigan and the legislators he controls refuse to vote on it.

Background from the Associated Press

When asked later to reconcile repeated votes to reject increases — including in 2014, after the court ruling — Cullerton spokeswoman Rikeesha Phelon released a statement reiterating the constitutional proscription.

That hasn’t stopped Republicans from trying to nix the money. Democrats refuse to call a vote on the GOP legislation.”

“..[I]t is another example of how the House Speaker Michael Madigan-controlled General Assembly puts its own priorities ahead of taxpayers…

…Legislators had a chance to rescind the pay raise, but a bill to do that was buried by, you guessed it, Madigan.

Gov. Bruce Rauner has been using the pay raise to tweak legislators, especially Madigan. Last week, he said accepting the pay raise without solving the state’s budget issues was ‘unfair to taxpayers and the people they represent. It is time to stop protecting the political class at the expense of the middle class.’

Madigan’s response to Rauner’s taunt was, ‘I’m not going to spend a lot of time on that question.’ Madigan has said the pay issue is a ‘diversion,’ but in the Madigan dictionary, any issue that threatens the comfort of legislators or trial lawyers is a diversion.

… Democrats who voted for the budget should be especially embarrassed, since they shirked their duty by sending an unbalanced budget to Rauner.

To add insult to taxpayer injury, the General Assembly is covered by a continuing resolution. That means legislators’ pay is guaranteed and the General Assembly will keep operating even if other functions of government shut down. It’s vital that prisoners are guarded, roads are patrolled and the work of declaring corn the official state vegetable continues.

The ‘diversion’ in the budget battle is Madigan. We’re not sure of his priorities, but it’s clear taxpayers are far below maintaining the status quo and protecting legislators and trial lawyers.”

The Dispatch and The Rock Island Argus

“Jeers to the entrenched interests in Springfield who do not believe they must answer to the public regarding inconvenient truths of how Illinois government does business.

The latest example came courtesy of our state’s once camera-shy House Speaker Michael Madigan during another of his dueling press conferences with Gov. Bruce Rauner over the rookie governor’s Turnaround Agenda and Illinois’ failure to pass a budget. The tone of that fight was set long ago: Both sides reportedly meet in private, civil sessions that bring no progress, then spew invective in public.

The latest came when the GOP governor criticized the House leader for taking a $1,300 pay hike. The 2 percent hike for he and other lawmakers is automatic, unless the General Assembly votes to reject it. Though Republican lawmakers tried to stop it, it was never called for a vote.

When the speaker was asked about it at last week’s press conference, he had this to say.

‘Well, they promote a lot of things. But I’ve spoken to the question, I don’t plan to speak to it any further.’

We must have missed that. That reporter must have, too. But when she tried to find out more, a clearly irritated Mr. Madigan said, ‘I said, I don’t plan to speak to it any further. Thank you very much.’

That’s one way for the most powerful man in Illinois to deal with what he dismisses as another ‘diversion.’ Of course, often saying nothing also speaks volumes.”

This is why people snicker when you tell them you’re from Illinois.