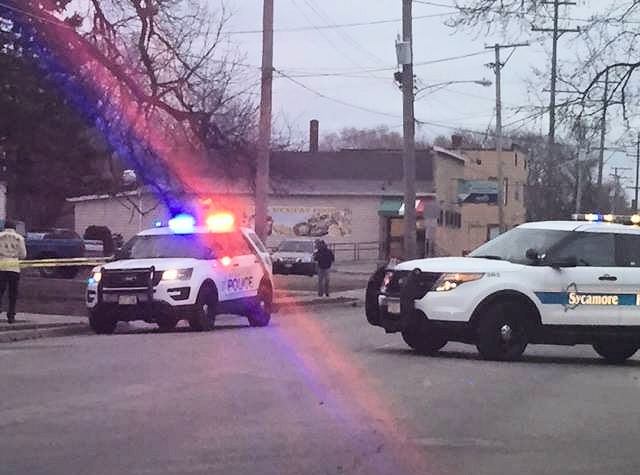 On February 25th, 2016, at approximately 3:40 PM, the DeKalb Police Department responded to the 1000 block of Pleasant Street in reference to a call of several gun shots being fired. Officers immediately responded to the area and located two victims with gunshot wounds. The victims were transported to Kishwaukee Community Hospital. One victim was treated and released and the other victim was transported to a Rockford hospital where he is being treated for his injuries.

Investigators recovered several shell casings at the scene along with other items of evidence. The subsequent investigation indicated that there was an argument between several individuals, when one subject pulled out a handgun and started shooting towards others involved in the argument. Two victims were shot as they tried to run from the suspects. The suspects then fled the scene and were last seen running northbound on Tenth Street.

The suspect shooter was identified as a sixteen year old male who resides in DeKalb. The juvenile suspect was located and arrested as he was walking back to his residence several hours after the shooting. DeKalb Police searched the suspect’s residence and recovered an unloaded gun magazine.

The sixteen year old male juvenile was charged with two counts of Aggravated Battery with a Firearm and Mob Action. The male juvenile is currently incarcerated at the Kane County Juvenile Detention Center.

Christian Contreras, a nineteen year old male who resides in DeKalb was charged with two counts of Aggravated Battery with a Firearm and Mob Action. Contreras was transported to the DeKalb County Jail where he is currently incarcerated.

The investigation into this shooting continues. The DeKalb Police Department would encourage anyone having information regarding this case to contact our Detective Division, Crime Stoppers, or utilize “I Watch” app on your smart phone if you have any information.

The contents of this press release are based upon the best information available to the DeKalb Police Department.  The statements regarding the conduct of any person identified above are allegations until affirmatively proven in Court.  All persons are presumed innocent until proven guilty.