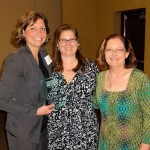 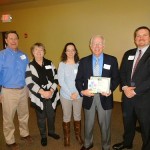 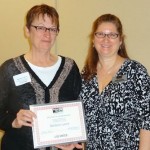 The second award category was the prestigious Leo Olson Award, established in 1989, which honors KUW Board Member Leo Olson for his commitment to Kishwaukee United Way (KUW) and his unflagging spirit of volunteerism. This year’s recipients of the Leo Olson Award were Cindy Kyler and Sonoco Alloyd and Renee Ellingson. Cindy Kyler has been an active supporter of KUW for over a decade. Not only has she and her company, Sonoco/Alloyd, provided strong support to United Way’s work, but numerous leaders in the corporation have served on KUW Committees over the years. Renee Ellingson has served in numerous roles, both formally and informally for KUW including several terms as President. As strong advocate for United Way’s work, she has made contributions to almost every facet of the organization, including committee work and helping to build partnerships to benefit United Way’s efforts.

For more information about how to get involved with Kishwaukee United Way or how to volunteer in our community, call 815.756.7522 or visit their website at www.kishwaukeeunitedway.com.