What A Week DeKalb County!

by Gracie Mott
Whew! It’s Sunday night and I’m exhausted. What a week in DeKalb County! First, I got to jump into a golf cart with Dennis Quaid at Green Tree Golf Course, then I took an awesome picture of the tornado / funnel cloud / whatever it was, that got picked up on news stations from Channel 13 WREX TV, Channel 23 WIFR TV to Channel 5 WMAQ TV and Fox News Chicago. Tom Skilling (WGN) himself, ‘liked’ our pictures, including the one Mac made of me which does nothing for my reputation 😉

Then amongst all that excitement, the Kishwaukee Fest Parade started at 7pm Friday night (Mac made a great video here). We ended up at O’Leary’s after the parade where we saw Stroker Red.

Saturday, we took my mom to see the Cruise Night Parade in downtown Sycamore. When we got home, a neat hot air balloon was over downtown DeKalb and I got a few shots with my great zoom lens. On Sunday, we took a whirlwind cruise around the (mostly South) County. Saw us some County Mounted Shooting, went through my old campground, Stone House Park, where they were finishing up ‘Peace Fest’, went and listened to some music at Somonauk Summer Fest and ended the day at the Bull Moose Bar & Grille in Sandwich. Take a look at our pictures below. Click on one for a larger view! 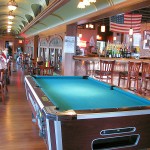 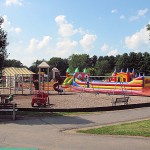 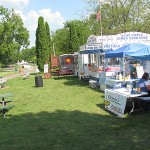 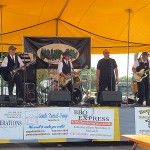 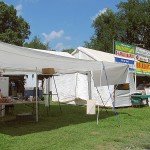 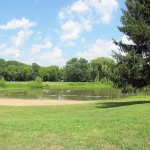 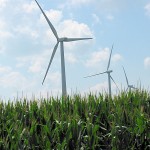 Corn’s up around the Windfarms 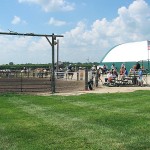 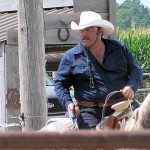 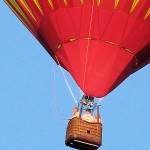 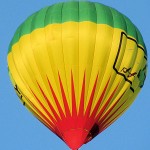 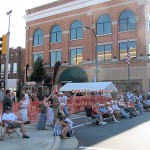 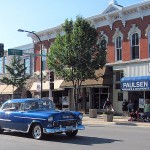 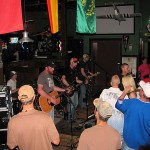 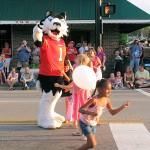 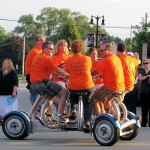 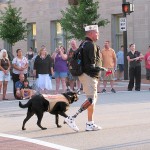 US Marine Sgt. William White, PhD (and his Vet Dog) “Rudy” as the Honorary Parade Marshall 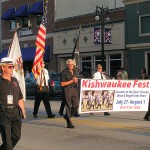