What is wrong with NIU? 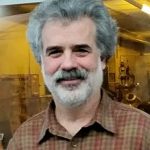 I was asked to write about the recent appointment of Bob Pritchard to the NIU Board of Trustees. After some reflection, I have decided that what is needed is to put his appointment in perspective. Bob is at heart an amicable person and has spent a boatload of years in public service. The question is though, does he know anything about running a University? He was on the Higher Education Committee of the Illinois House so that’s good, right? Well, no, that has little to do with actual university policy and operations. So is he any different than the other BOT members in the way that counts?

Let’s go over the list of the other members. The other members are a failed CTO for Blue Cross, a local bank president (with tons of conflicts of interests), a professor who failed to get tenure (works as communication director), a guy who was a CEO of an network security company, another IT consultant, and a staff member of a non-profit education group. Not one person in this group has any previous experience in making policy for any university and especially for a university of the size of NIU. They consist of a group of consultants and now a politician who have little understanding of how a university functions. The only apparent thing that that seems to motivate them is the free sports tickets. Two BOT members were previously on the NIU Foundation board, too. Of these BOT members, five have been appointed by Governor Rauner. And for those of you who think that putting more business people in charge to run it like a business, five members of the BOT are businessmen (a clear majority), and you can see where that lead us.So what is the best way to highlight their incompetence? Douglas D. Baker of course, who was himself a business management professor. This person was defended to the last minute by members of the BOT. The University spent upwards of hundreds of thousands of dollars on his legal team and hundreds of thousands of dollars trying to prevent the Office of the Executive Inspector General’s report from ever seeing the light of day. The only thing that prevented criminal charges to Dr. Baker was whether or not the legal community could prove intent.

So how do the troubles of Dr. Baker and the BOT connect to our newest member of the BOT? Well, in the Summer of 2014, Representative Pritchard was approached by several members of the community to express their concerns over Dr. Baker. His comment was that we had to give Dr. Baker a chance -never mind that Dr. Baker was already by June of that year in the fourth month of the OEIG investigation. We knew this.

Over the next three years, multiple attempts to get his attention fell on deaf ears. Finally, when the report was made public, he showed some interest. Who did pay attention? Illinois Senator Tom Cullerton (D) and Representative Jeanie Ives (R), both of DuPage County paid attention. In fact, after the problems of last summer. Tom Cullerton authored a bill to prevent severance payouts greater than 20 weeks.

Where were our representatives? Apparently giving Dr. Baker a chance. I find it interesting that Bob Pritchard talks about too many FOIAs and needing more transparency as NIU’s main problems. The BOT’s main problem is its inability to follow the law. So you say that I am only criticizing the NIU BOT. Don’t you work for them? Why are you hurting the institution with your criticism? My contention is that to fix my institution, it starts from the top.

First, you must appoint persons to the board who have academic experience and understand the strengths and weaknesses of NIU (and any other University). [Note: SIU just passed a No Confidence vote on their President].

Second, the acting President, Dr. Lisa Freeman, (appointed by Dr. Douglas D. Baker) must resign. State law requires that if an employee suspects that there might be an ethics violation that employee is required to report it and Dr. Freeman was definitely in the know.

Third, they also need to be willing to make the hard call about athletics. If the athletic program cannot support themselves with TV and ticket sales, then they must drop to a level that they can support.

Fourth, invest heavily in academic initiatives, expand programs that are growing while still supplying a full academic experience. When I started teaching here the tuition and fees were a third of what they are now. The tuition and fees at NIU now are some of the highest in the state. Let’s push to lower this cost.

Finally, it is clear that there are a lot of challenges to the future of NIU, please let this board know that their incompetence must stop because it is hurting us all.

And here in Indiana, former governor Mitch Daniels appointed a boatload of trustees to Purdue, who then returned the favor and named him president. The corruption is everywhere.

Thank you so much for the information. I totally agree that the entire board should be replaced and stated that during the Baker debacle. How we go about it I have no idea but hope someone does.

I hope that if we have a new governor that he will be open to change.

It appears that our Universities are run like the local schools, by people with no educational experience, except they are more politically connected.

You sir are the MAN!